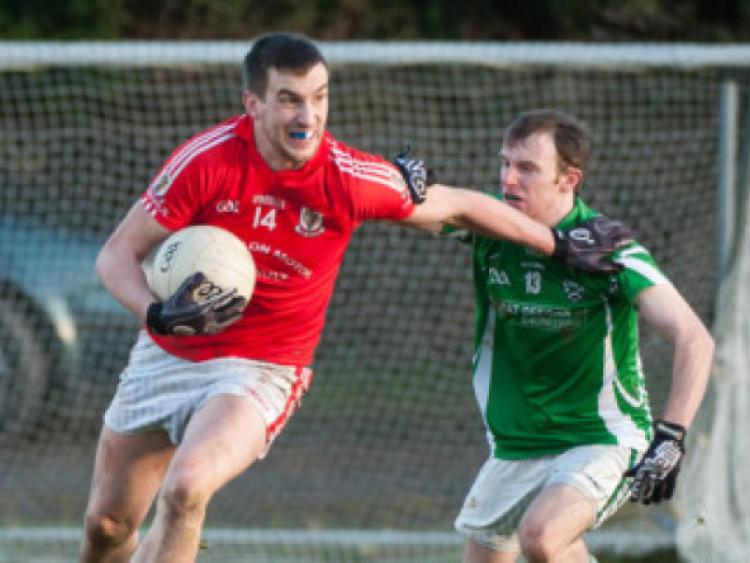 There were wins for Crettyard, Portarlington and Graiguecullen over the weekend as the club football season clicked into gear on Saturday night.

There were wins for Crettyard, Portarlington and Graiguecullen over the weekend as the club football season clicked into gear on Saturday night.

Crettyard had goals to that for their win over Ballyroan Abbey, and the raised the green flag early thanks to talented youngster Cormac Murphy, who struck inside five minutes.

Ballyroan Abbey hit back with two frees from MJ Tierney, but Crettyard were finding the back of the net at crucial times, and Michael Nash slotted home after being set up by Murphy.

Again it was Tierney who responded for Ballyroan Abbey, but Evan O’Carroll rounded off the scoring for the half as Crettyard led 2-2 to 0-5.

The third goal helped to seal the win, as Niall Purcell fired home a penalty to leave Ballyroan Abbey with a mountrain to climb.

Portarlington also scored three goals in their game on Saturday night, as they go top of Division 1 thanks to a 3-11 to 0-8 win over Killeshin in McCann Park.

It had been a close game for most of the first half, as it took a Kevin McGrath goal to separate the teams at the interval, with Port leading 1-6 to 0-6.

The hosts made a bright start to the second half, and a couple of early points were followed up by a goal from Shane McAuley that finished the game as a contest.

There was still time for Portarlington to add a third, as Laois minor Paddy O’Sullivan showed good reactions to sweep home a rebound and put the icing on the cake of a 12 point win.

In the last of the games played, reigning league champions Graiguecullen got the defence of their title off to a fine start with a 1-13 to 1-8 win over Emo.

Graigue were ahead by the slimmest of margins at half time, as James Doogue fired home a goal in response to Paul Lawlor’s three-pointer for Emo, as Graiguecullen lead 1-6 to 1-5 at half time.

The second half was a more one-sided affair, as points from James and Mark Doogue and Ambrose Doran saw Graiguecullen ease to a five point win.

The last of the first round games, the Arles derby between Kilcruise and Killeen, will not be played until April 6.