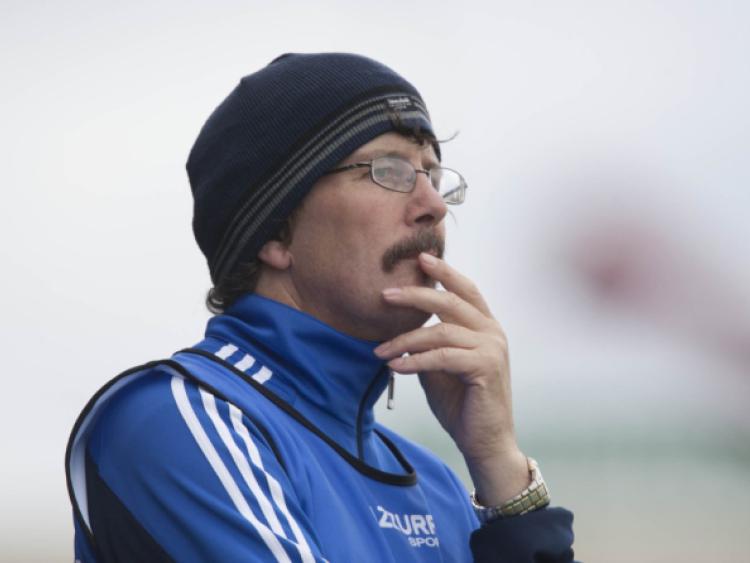 Laois manager Seamus ‘Cheddar’ Plunkett spent time in a huddle on the field speaking to his players before thy trudged to the dressing room after their heartbreaking defeat against Galway.

Laois manager Seamus ‘Cheddar’ Plunkett spent time in a huddle on the field speaking to his players before thy trudged to the dressing room after their heartbreaking defeat against Galway.

As he made his way off the field, he stopped to talk with the media and there was no surprise when he articulated his over-riding emotion.

“Just devastated about it really. The lads just worked so hard trying to get a result. In the second-half we probably spilled a few scores ourselves and probably spilled a couple at the other side as well in the sense that we didn’t get close enough for the tackle at times. But look, they’re the small things rally. I can’t fault the players. They gave everything out on the field and I knew that was there. I knew that was in these guys. I said that before a number of times only a lot of people didn’t really believe me.

“There’s heart in these boys that you will not find the end of. Having said that, we still know where we are. We’re not going to get ahead of ourselves. The last couple of matches, we would have liked better performances when we were building up to this. It just didn’t go right for us today.”

However the Laois manager was also very honest in his summation of the game.

“At the end of the day we still lost a match that was there for us and we just didn’t close it out. We’re just going to have to raise the game even further and raise the bar even further. Please God, someday we’ll get on to a field like this against a team like this and get a victory. If we do, I think it will be great momentum for the team and would push the team onwards but we have to get to that place.”

Including last Sunday’s game, Laois have played five games in five weeks, with the U-21s also playing last Wednesday, but manager Cheddar Plunkett did not use that as an excuse.

“There’d be more qualified men than me to give a better call on that but I think when you have the spirit shown by Laois players today, fatigue and all those things go out the window. You just hurl on instinct. You fire up and you absolutely go for everything. In any event it’s a different discussion really in terms of that whole round robin and what it’s supposed to do. That’s a discussion for a different day. Today we’ll focus on the team and their efforts.”

In the not too distant past, the Laois hurlers would have struggled to muster any sort of crowd for a championship match in O’Moore Park. That is certainly no longer the case as a large crowd cheered their every move on Sunday and gave them a standing ovation off the field at half-time. Cheddar Plunkett was effusive in his praise of the supporters.

“I simply can’t say enough about them. There was a crowd went over to London and it must have been quite expensive for them to go there. The support was fantastic today. I can’t say enough about them. Not just me, the players will say this. They’re really delighted with the support they’re getting. I think it works both ways really. Supporters are delighted to see a fighting Laois team going out onto the field and the players are delighted to get the support they are getting. Hopefully we can push on. There’s an awful lot more work to do, and awful lot more building to do. We will not be blinded by this for one minute.”