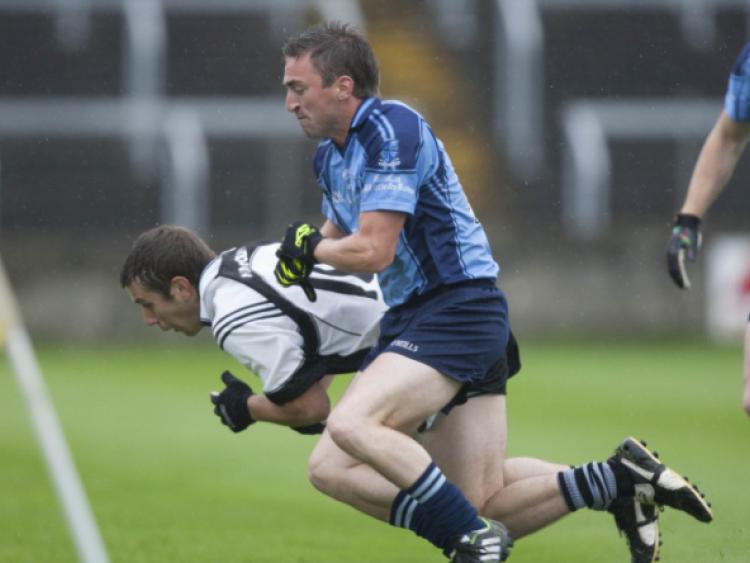 They were far from impressive, in fact it is fair to say they were underwhelming, but last year’s beaten finalists Arles-Killeen had more than enough to see off the challenge of Ballyroan-Abbey on Saturday evening.

They were far from impressive, in fact it is fair to say they were underwhelming, but last year’s beaten finalists Arles-Killeen had more than enough to see off the challenge of Ballyroan-Abbey on Saturday evening.

Leading by 0-6 to 0-3 at the break, Arles-Killeen went on to win by seven points at the end of a second-half that was equally as forgettable as the first.

Ballyroan-Abbey failed to score from play over the course of the hour with MJ Tierney scoring all their points from placed balls. He had a chance from the penalty spot late in the game to set up a grandstand finish but his effort was saved by William Moran.

For Arles-Killeen it was a case of job done as there are no bonus points handed out for registering big wins but they will have to improve immensely if they are to challenge for the championship in the weeks ahead.

The most memorable part of the game, for the wrong reasons, was the litany of high tackles that, for the most part, went unpunished. Donie Kingston did pick up a yellow card in the second-half for a tackle that was on the shoulder, and far less serious than those that preceded it, but several around and above the neck received no sanction from referee Joe Brennan. There didn’t seem to be intent in any of the tackles but that doesn’t change the fact that such tackles are extremely dangerous and it was more by luck than judgeement that no player was seriously injured.

With the rain finally clearing O’Moore Park and the wind dying down, Arles-Killeen made a fast start and were 0-3 to 0-1 ahead after just five minutes. Despite the downpour that had hit during the Ballylinan and St Joseph’s game, the surface held up well although the ball was skidding off the surface and some players were having trouble keeping their feet.

Donie Kingston opened the scoring after 40 seconds after a trademark storming run but the scores were level soon after when MJ Tierney slotted over a free. A Donie Kingston free put Arles-Killeen back in front and that was followed by a point from Paul Kingston.

Both sides had early goal chances but Eoin Kearns denied Arles-Killeen at one end with a block while Niall O’Rourke did likewise at the other. A point from Billy O’Loughlin was answered by two points from placed balls from MJ Tierney leaving just one between the sides midway a half that never came to life. Late in the half, Donie Kingston and Jason Enright pointed frees leaving their side three ahead.

By the midway point of the second-half, the advantage was up to seven and the game was all but over as a contest. Points from Jason Enright, Paul Kingston, Billy O’Loughlin and two from Donie Kingston brought Arles-Killeen’s total to 11 while Ballyroan only managed one point in response from an MJ Tierney free.

Tierney almost caught Arles-Killeen napping when he went for goal from a 21 metre free after 51 minutes but the effort was saved on the line. Sean O’Shea extended the lead to eight with eight minutes to go but Ballyroan scored the next three points, all frees from Tierney, to at least make the closing minute interesting.

After Paul Kingston had extended the lead back to six, Ballyroan were awarded a penalty in the first minute of injury-time but William Moran saved from Tierney. With that went Ballyroan’s feint hopes of getting something from the game as Donie Kingston rounded off the scoring with his sixth point.