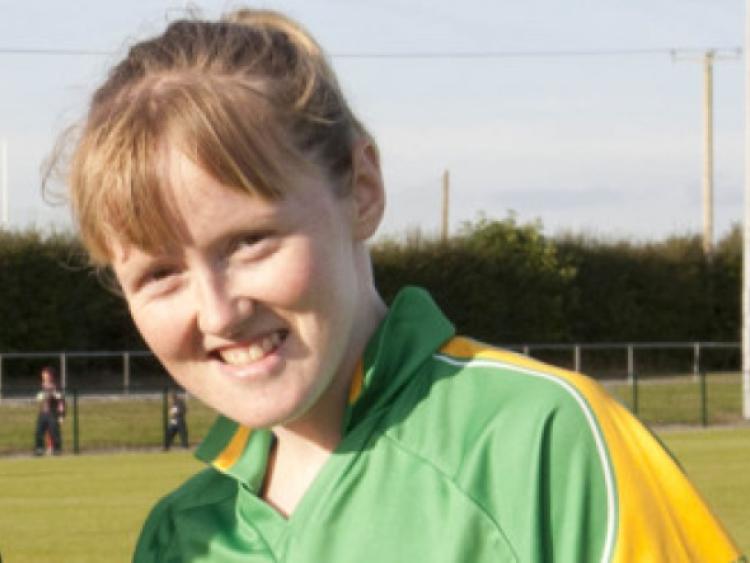 Portlaoise native Danielle Keane has been short-listed for a prestigious National Volunteers in Sports Award for her involvement in a wide variety of sporting organisations.

Portlaoise native Danielle Keane has been short-listed for a prestigious National Volunteers in Sports Award for her involvement in a wide variety of sporting organisations.

A coach with Park Ratheniska Ladies Football, Portlaoise Panthers Basketball, The Heath Rounders and Portlaoise Soccer Club, Danielle is also involved as an administrator and also is a National Assistant Secretary with the Rounders Association. Not only is she involved off the field, Danielle is still actively playing across the range of sports.

At Park Ratheniska, she has been Treasurer for the last two years along with playing senior football and coaching U-8s, U-10s, U-16s and minor. In basketball she plays competitively and is the fundraising Chairperson in the club along with coaching underage.

As well as winning multiple All Irelands in Rounders, Danielle is also the Rounder’s National Assistant Secretary. She combines this role with travelling the country on her days off in a voluntary capacity to teach the game to teachers and students in schools across the length and breadth of Ireland.

Recently Danielle organised a Strictly Come Dancing Fundraiser for Laois Ladies Football that netted the county Board over €18,000 in funds.

She was nominated for the award by Martin Foran, Park Ratheniska Ladies Football Club Secretary and was short-listed from 350 nominations received. Ten winners will be selected to receive an award from the nominations received. An Overall or Lifetime award to honor a volunteer, who has consistently given of their time for a sport, a team, or an event over many years, will also be awarded.

The winners will be announced on Wednesday, November 19 at a ceremony in the Aviva Stadium.