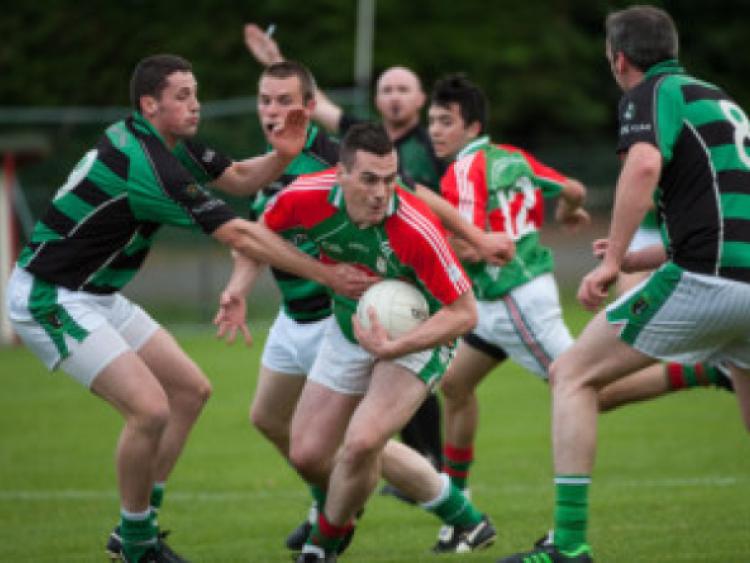 Two second half goals proved to be the difference in Timahoe on Thursday last as Ballyfin overturned a three point half-time deficit to emerge deserved victors over Graiguecullen.

Two second half goals proved to be the difference in Timahoe on Thursday last as Ballyfin overturned a three point half-time deficit to emerge deserved victors over Graiguecullen.

Graiguecullen opened the scoring after four minutes with Aaron Forbes sending over his first free of the day, before Brian Byrne doubled their lead three minutes later to see them take a two point lead.

Ballyfin opened their account for the day on the ten minute mark courtesy of county star, James Finn, to cut the deficit lead in half. Graigue replied almost immediately with three unanswered points from Forbes (2) and Barry Regan to see them take take a four point lead with ten minutes remaining in the half.

Ballyfin fought back in the final ten minutes with James Moore and Ricky Quinlan getting on the scoresheet, but an Ethan O’Neill point right before the half time whistle kept the Graiguecullen lead at three points.

Ballyfin were a changed side in the second half, with their 1-2 within the opening ten minutes of the half testament to that. Sean Moore restarted the scoring with a point after thirty seconds, before Ricky Quinlan rattled the Graigue net two minutes later. James Finn rounded off a superb opening ten minutes to the half with his second point of the day.

Graigue tried to steady the ship with points from Padraig Murphy and Brian Byrne, but Ballyfin continued to press the Graigue defence resulting in a further 1-1. James Moore slotted a free after forty-four minutes, before Ricky Quinlan teed up Darragh Connolly for the second goal of the game.