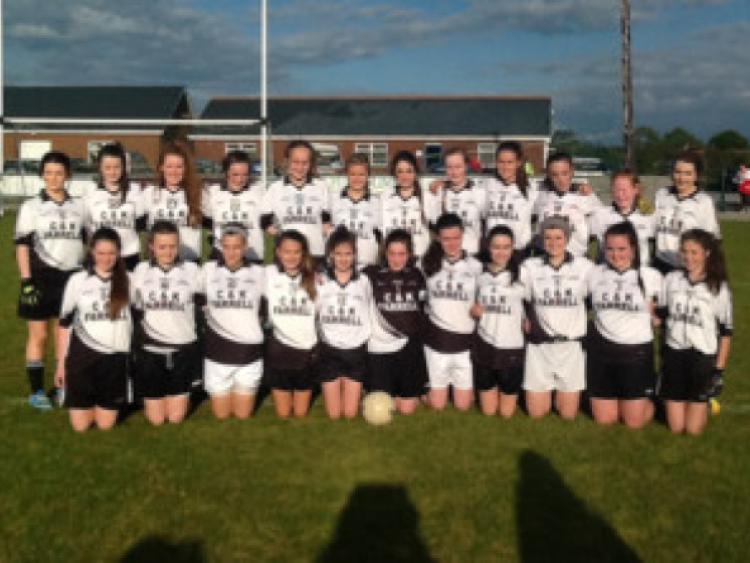 Despite the low scoring, the uU16 B final was a closely contested and entertaining affair with Ballylinan-Killeen edging out the local derby by three points.

Despite the low scoring, the uU16 B final was a closely contested and entertaining affair with Ballylinan-Killeen edging out the local derby by three points.

Despite the attacking style of the game, both teams failed to convert the ample opportunities they were presented with in front of the post which contributed to the low scoring.

The first score didn’t come until there were 24 minutes were on the clock when Liz Brophy slotted the ball between the posts for Ballylinan-Killeen from a free. Graiguecullen goalkeeper Chelsie Nolan had a fine game and made some great saves to ensure she kept a clean sheet despite the pressure put on her by the Ballylinan-Killeen forwards.

The Ballylinan-Killeen defence was controlled by captain Maeve Phelan played skilfully throughout and put enormous pressure on the Graiguecullen forward line. Ballylinan-Killeen added three more points before the break, scores coming from Liz Brophy, Alanah Elgar and Jordan Eustace which left the score 0-4 to 0-0 at half time in favour of Ballylinan-Killeen.

The second half started with the same intensity of the first, points from Caoimhe Kelly, Caoimhe Fitzpatrick and Aoife Nolan put Graiguecullen back into the game but Victoria Byrne and Liz Brophy popped a point each over for Ballylinan-Killeen to secure them victory following a thoroughly enjoyable final.