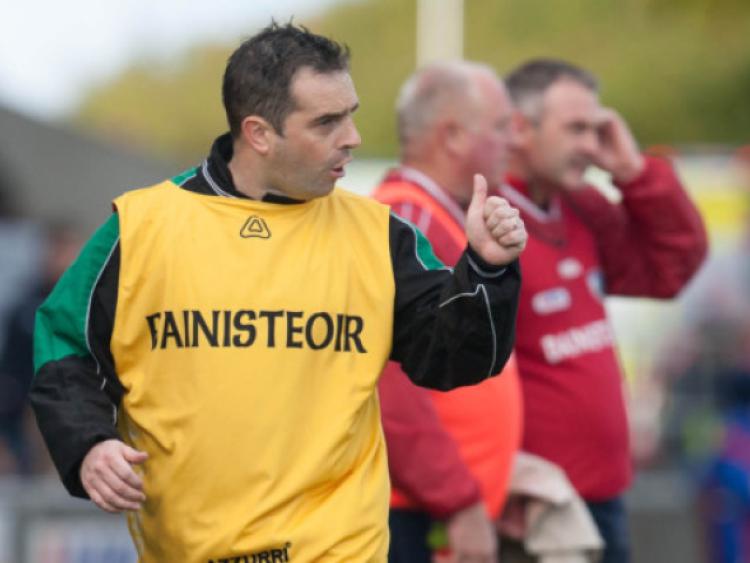 Ballyfin manager Killian Fitzpatrick hailed the work rate of his players and admitted it was a ‘brilliant feeling’ after guiding Ballyfin to the SFC for the first time in their history.

Ballyfin manager Killian Fitzpatrick hailed the work rate of his players and admitted it was a ‘brilliant feeling’ after guiding Ballyfin to the SFC for the first time in their history.

The secondary school teacher had his side in perfect order fo r the final, as they produced on eof the biggest shocks in recent years to see off a fancied Timahoe side.

As he reflected on the game afterwards, Fitzpatrick admitted it took some time for Ballyfin to find their best form this year, but once they did, they made it count. “We took a while to get going this year. We knew we were going well over the last few weeks, we had built ourselves up, and coming here today, we didn’t know if we would get over the line, but we knew we had a big performance in us.

“We were training well and were hoping to get it out of us today, and we did. In fairness, I didn’t think we could go as well as we did today, but the lads were awesome.

“They had a brilliant work rate, we were under pressure in the first half and they dug in and kept us in it, and when we got our few chances they put them away. It’s a brilliant feeling.”

Ballyfin’s voracious appetite for work, thier tackling and pressuring of Timahoe, was a highlight of the game, and for the manager, it was a pleasure to see the training ground work come to fruition. “We had been working very hard in training on tackling and working back.

“We knew all year that we had the footballers to do it, it was just a matter of getting a few things tactically right, and getting a few lads heads right and we did that over the last few weeks.”

While Ballyfin’s victory was very much a team effort, one player did shine a little brighter than the others, as Sean Moore scored 3-3. Understandably, Fitzpatrick is keen to keep the 17 year old grounded, but admits he has a bright future ahead of him. “Sean is a special player. I don’t like saying too much about a 17 year old to be honest, but anyone can see the talent he has, he’s a great prospect and hopefully he will be a great player for us and for Laois for years to come.”

“We knew weren’t as bad as we were against Clonaslee, and maybe it was what we needed. We trained the Monday night after the Clonaslee game and we really did build on from that. I know Portlaoise beat us, but even in that game our attitude was much improved.

“We built throughout the year, we probably got momentum at the right time, which is good too, and it went right for us in the end.”