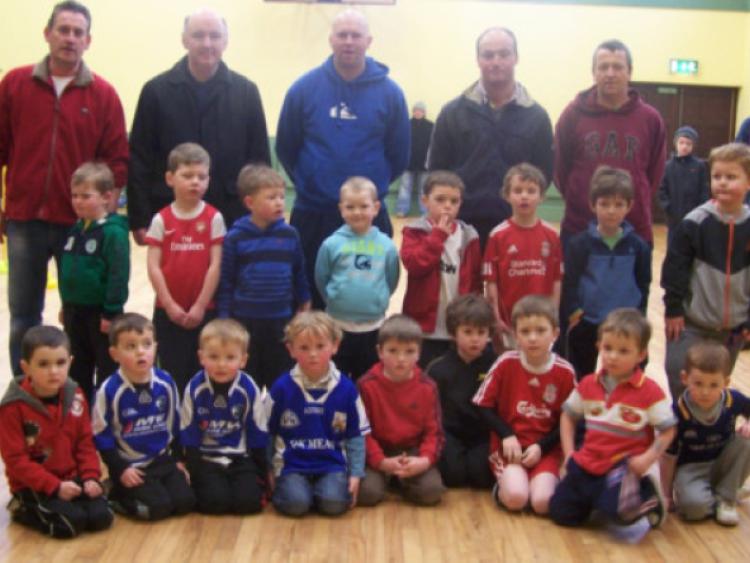 Last Sunday saw the final session of the Harps Nursery Programme which has been running for the last five weeks.

Last Sunday saw the final session of the Harps Nursery Programme which has been running for the last five weeks.

Sessions took place in Cullohill Community Centre with approximately fifty children attending each session – catering for Juniors, Seniors and First Classes in Durrow and Cullohill National Schools. The sessions ran in circuit format with groups of three/four children each given a set length of time at an activity and rotating through ten stations before getting into a mini game.

After completing the ten stations, each week the session finished with small sided games. All who attended enjoyed the activities and seeing the improvement from week to week was very encouraging.

To conclude the programme a disco was ran for all the children last Friday night in Cullohill where they received Harps togs and socks and then on Sunday last at the St. Patrick’s Day Parade in Durrow, after taking part in the Parade the players took part in a mini game on the Green in Durrow. This provided great entertainment for the large crowd present and was a fitting conclusion to the Nursery Programme.