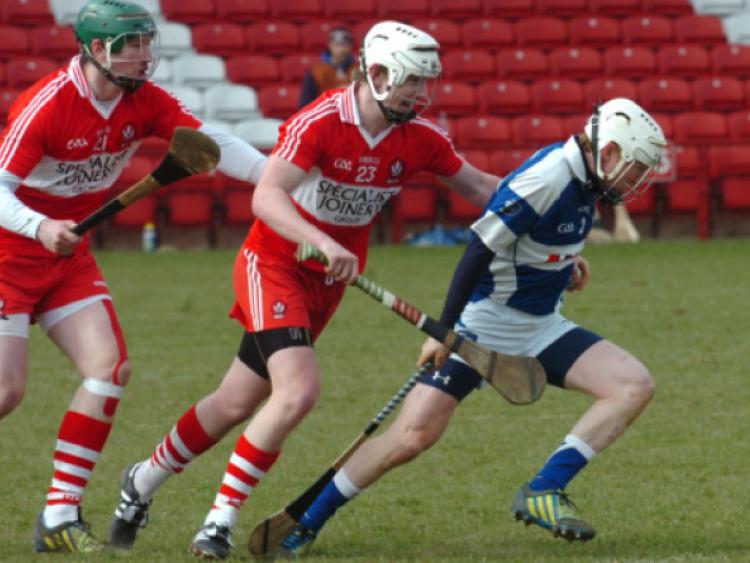 WITH LIAM O’NEILL watching in the Celtic Park stand, Laois kept firmly on course for a place in the Division 2A final with a ruthlessly efficient display in a disappointingly one-sided match

WITH LIAM O’NEILL watching in the Celtic Park stand, Laois kept firmly on course for a place in the Division 2A final with a ruthlessly efficient display in a disappointingly one-sided match

Laois face Wicklow at home in their last game next Sunday where a win would be enough to see them safely into the League Final.

Laois were clinical on the day and were 1-13 to 0-4 ahead by the break and they didn’t let up in the second-half adding another 1-7 to run out comfortable winners.

Derry had averaged 18 points a game over their first three matches but on Sunday they were restricted to just eight as Laois dominated in every area of the field.

The win puts Laois in pole position to make the Division 2 League Final and a win over Wicklow at home next week should be enough to get the job done. There is a scenario where a win might not be enough but that would mean Westmeath beating Kildare by 17 points which could happen however Kerry would also have to beat Derry by 34 points with Laois just winning by one. That is highly unlikely so suffice to say that Laois are in a situation where they’re in if they win.