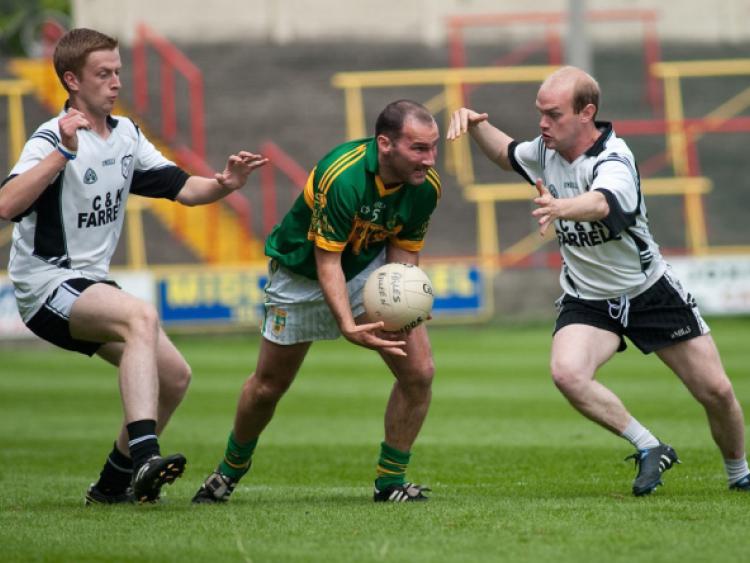 Despite trailing by a point at the break, Arles-Killeen turned their Championship campaign around with eleven second half points to overcome Ballylinan with six points to spare in O’Moore Park on Sunday afternoon.

Despite trailing by a point at the break, Arles-Killeen turned their Championship campaign around with eleven second half points to overcome Ballylinan with six points to spare in O’Moore Park on Sunday afternoon.

Having been runaway table-toppers in this year’s league, and despite having lost the final to Graiguecullen, Arles-Killeen were still one of the teams to beat coming into this year’s Championship.

With 34 minutes gone in the game it looked as though the first big upset of the season was on the cards as Ballylinan led on a scoreline of 2-5 to 1-5 but it wasn’t to be as Killeen went on to outscore them ten points to one in the final 25 minutes.

With just a minute and half on the clock, Gary Walsh reminded Laois fans of what he’s capable of when he rattled the Arles-Killeen net from thirteen metres with a devastating strike to register the first score of the game.

Ballylinan followed it up with a somewhat fortunate point from Brian Kenna as his shot that dropped-short bounced over the bar to give his side a four point cushion.

Arles-Killeen responded in typical fashion with Donie Kingston’s shot from distance dipping under the crossbar to raise the green flag, before Donie Brennan and Jason Enright added points to push Killeen into the lead with 11 minutes gone in the game.

Ballylinan replied when Brian Kenna threaded the ball between the posts from a free from very acute angle level the proceedings but Donie Kingston restored Killeen’s one point advantage a minute later with a close range free of his own.

Aidan Walsh connected with a long ball into the square to level the game for the second time on the day but Gary Walsh edged Ballylinan in front with nine minutes remaining in the opening half.

Donie Kingston and Jamie Farrell exchanged points late on in the half leaving the score at 1-5 to 1-4 in favour of Ballylinan in what was a hugely entertaining opening thirty minutes of football.

Arles-Killeen claimed the first score of the second half after just a minute with Paul Kingston raising the white flag to level the game for the third time.

Ballylinan responded emphatically when Ciaran Farrell picked out the inrushing Gary Walsh who blasted the ball into the roof of the net for his second goal of the game to push Ballylinan back in front.

However this was as good as it got for Ballylinan as Killeen would hold them scoreless for 22 minutes thereafter. At the other end they quickly dismantled the three point lead thanks to Jason Enright, Paul Kingston and Brendan O’Shea.

Killeen pressed on and recorded the next six points through Paul Kingston (2), Donie Kingston (2), Brian McDonald and Conor Keightley and they looked to be comfortably seeing out the remainder of the game.

Gary Walsh converted a 20 metre to reduce the deficit by one with four minutes remaining, but an injury time point from centre-back Joe Mulhare, following a sixty metre solo run, wrapped up the game for Killeen to see them through to the next round where they await the winners of the Stradbally/ The Rock replay on Friday night.

The bookmakers have finally taken note of their efforts and they are now in to fourth favourites behind Portlaoise, Graiguecullen and their neighbours Arles-Kilcruise to win the championship.

Ballylinan face a tough task against Emo who lost out narrowly to Arles-Kilcruise in their first round game.