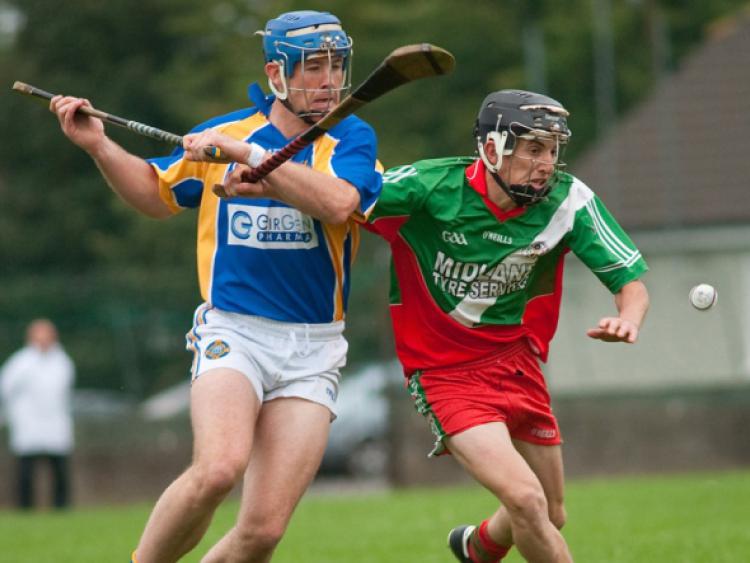 Clough-Ballacolla bounced back from their shock Senior Hurling Championship defeat to Camross last month to claim the Division 1 league title for the second year running when they overcame the challenge of Borris-in-Ossory/Kilcotton in Rathdowney on Friday evening.

Clough-Ballacolla bounced back from their shock Senior Hurling Championship defeat to Camross last month to claim the Division 1 league title for the second year running when they overcame the challenge of Borris-in-Ossory/Kilcotton in Rathdowney on Friday evening.

Having held the lead from almost start to finish, Clough-Ballacolla were in control for almost the entire seventy minute duration of the game. They looked composed in their efforts and played with confidence throughout. Their opening round defeat came as a surprise, but they seem to be well on the mend ahead of their upcoming clash with Ballinakill this Sunday.

From the throw-in the game was intense and within the opening four minutes both sides had clocked up two points apiece. Ciaran Comerford and Matthew Whelan hit the target with frees for Borris, while Aidan Corby and John A Delaney levelled matters with four minutes elapsed.

Clough-Ballacolla raised the pace and went on to claim the next six points in as many minutes. Willie Dunphy set the scoring spree in motion with his first, before John A Delaney claimed his second second point of the day from wing-back with a strike from almost the exact same position as his first to open a two point lead.

Borris/Kilcotton replied with two frees from Ciaran Comerford to narrow the gap to four points, but Willie Hyland’s fourth free of the day increased Ballacolla’s lead to five points.

The half fizzled out somewhat after the intense opening with both sides adding three points. Ciaran Comerford, Matthew and Paddy Whelan all landed a point each for Borris/Kilcotton, while Jim Doyle, Willie Hyland and Aidan Corby tacked on points for Clough-Ballacolla which left them 0-12 to 0-7 in front at the break.

Clearly unsatisfied with a five point cushion, Clough-Ballacolla stormed out of the blocks in the second-half with an unanswered 2-2 in seven minutes to leave Borris struggling to find any sort of a footing in the game.

Willie Dunphy pointed his second of the game two minutes into the half, before John A Delaney hit Willie Hyland with a superb cross-field pass releasing the Laois star in on goal. Hyland glided through the oncoming challenges before rifling the ball low to goalkeeper Trevor Moore’s left to raise the first green flag of the day.

Hyland followed up a minute later with a goal from a twenty metre free before rising star Stephen Bergin completed Ballacolla’s 2-2 blitz with his second point of the day.

Borris-in-Ossory/Kilcotton went on to stage a blitz of their own a couple of minutes later when they fired home two goals in two minutes. Ciaran Comerford latched onto Chris Jones’ pass to bury the ball into the net from twenty metres, before getting the final touch in a goalmouth scramble to leave the score at 2-15 to 2-8.