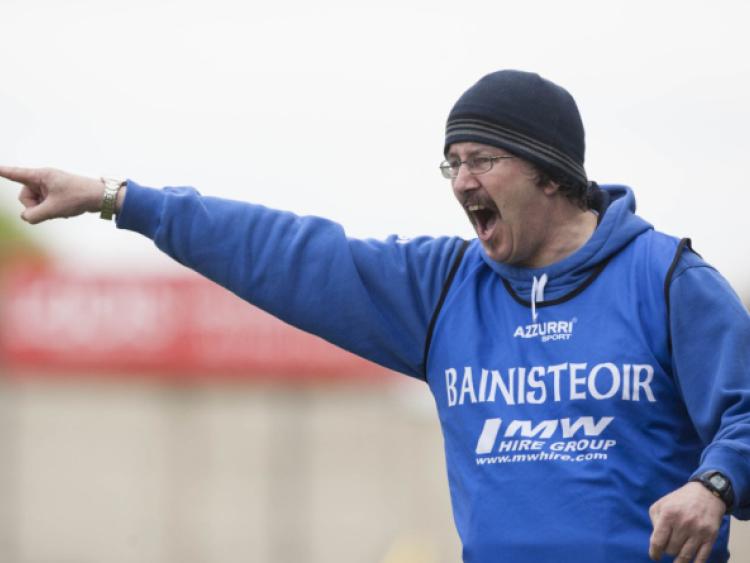 Laois manager Seamas Plunkett hailed the second half performance of his side after watching them book a place in the Leinster SHC semi-final thanks to an 11 point win over Carlow on Sunday.

Laois manager Seamas Plunkett hailed the second half performance of his side after watching them book a place in the Leinster SHC semi-final thanks to an 11 point win over Carlow on Sunday.

Leading by just three points at half time, Laois upped the intensity after the break and played at a level Carlow couldn’t match.

They had looked nervy in the opening stages, and Plunkett felt that was only natural given the nature of the game. “These have been really, really close games over the years, Carlow have beaten Laois as much as Laois have beaten Carlow over the last six or seven years and in any local derby there is going to be an element of nerves, and I’m sure Carlow were as nervous as we were.

“You cannot make mistakes at this level of hurling, if you do you will concede goals and I thought our backs were tight the whole way through, and they have been in all our games so I was happy enough.”

While the win may give an impression of a comfortable days work, there were down sides for Laois, not least the injury to Brian Campion. While the Rathdowney-Errill man was a loss, Plunkett paid tribute to his replacement, Darren Maher, for his performance when introduced. “Teams cannot be built around one man, no matter who that is. Brian is a really solid defender and really important member of this team , but bringing Darren Maher into this team is a fair player to bring in to any team.

“Darren has been chomping at the bit to get into this team for the last six or seven weeks, and we probably didn’t have the opportunity to do that because all our matches we coming so quickly.

“I think he put a lot of competition on players in the second half, he mopped up a lot of ball and was drove out very strongly, and certainly put his hand up that he wants a place in this team, but I knew that about Darren, I have been chatting to him over the last few weeks and I knew how keen he was to get on this team.”

Galway await now in the semi-final, and Laois will be massive underdogs for that game. Having won the Leinster championship last year and taken Kilkenny to a replay in the All-Ireland final, Galway are one of the form county’s at the moment, but Plunkett and his squad won’t be fazed by their reputation. “Yeah, that’s going to be a completely different game altogether.

“Galway beat what we would generally regard the best team that we have seen once last year, they drew with them and could have beaten them in an All-Ireland final.

“They came into our own park here last year and hammered Offaly, so that puts into context the scale of what we are going to face here, but I can tell you one thing, we will definitely meet that challenge, we will not fear Galway.

“We will certainly be looking forward to it and we will be going for a win there.”