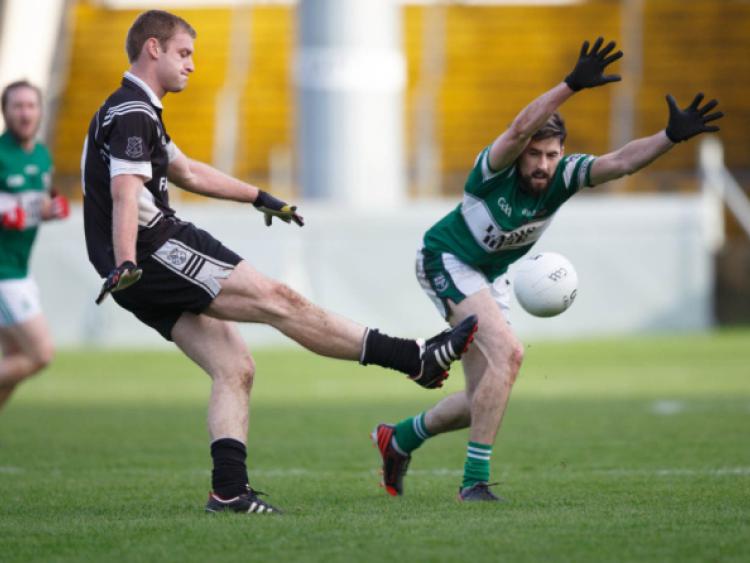 They may have been beaten in the SFC final, but overall it has been a very impressive year for Pat Ryan’s side.

They were in the Kelly Cup, League and Championships finals, went on a run of 11 straight victories in the league, and came through some tough games in the championship too.

Portlaoise were quick to admit afterwards that this year’s final was their toughest of the seven, and Arles-Killeen were one of the few, if not the only team, to go man-for-man against them. They have made big strides this year, and while they ultimately have nothing to show for it, they should still be proud of the efforts.

Claimed their seventh title in a row this year, but it wasn’t exactly a vintage year for them.

Just about made the semi-finals of the league before losing out to Killeen in the semis. A slow start to the championship too, where they scraped past The Heath and lost to Graiguecullen. They eventually got thier missing players back but they didn’t look as threatening as they have done in the past.The fact that three of their best players opted off the panel at the start of the year is a worrying sign for them.

They still ended up champions of course, which is worrying for everybody else.

They are nothing if not entertaining, with goals galore in their games. The problem is, there are goals scored at both ends.

Beating Portlaoise was an excellent achievement, and they can be proud for becoming the first team to inflict a defeat on them in seven years. Also won the Kelly Cup and League, but they need to tighten up at the back.

Semi-finalists once again, they continue to save their best for the championship.

Their league form was poor but that wouldn’t have bothered them unduly, but the elephant in the room with them is whether they have missed their chance for a second SFC title.

In truth, they probably have, as they looked as far away from Portlaoise as ever this year.

Championship quarter-finalists after some impressive results along the way, they almost caught Graiguecullen with a late comeback.

Breezed through Division 2 as well and will compete in Division 1 next year, which will only be a boost to their development.

Still lacking a little nous for the latter stages of the SFC, but that will come in time, and with the underage structures they have in place, they should continue to strengthen over time.

Championship form was well ahead of what they produced in the league.

Relegated from Division 1, but with a bit more belief they could have gotten a result against Portlaoise in the quarter-finals.

Potential has never been a problem for them, but delivering on it has. They can take a lot of heart from the championship this year (they averaged over 18 points in their games), but have to build on it.

Like O’Dempsey’s, championship form and legaue form were poles apart.

Were finally relegated in the league, but returned to the SFC quarter-finals after appearing the relegation playoff the year before. Gave Portlaoise a huge fright in Round 1 before beating The Rock and Stradbally, but saved their worst performance of the year for the games against Arles-Killeen.

They have plenty to build on, however.

Championship form is outweighing league form for a lot of clubs here, and Mountmellick are a case in point.

A poor league but the return of a number of players in the championship saw their form pick up. Made the last eight which was a good achievement for them.

The Kellyville side could be a different animal had they not been so crippled by injury and emigration over the last couple of years.

Did reasonably well in the championship, making it to round three with a very young side, and also did well in the league. Like some clubs, they’ll just have to wait for their younger players to mature before they can kick on.

A championship season to forget for Stradbally, whose only victory was a replay win over The Rock.

Lost to Arles-Killeen and The Heath on their way to a Round 3 exit. The injury to Colm Kelly was pivotal, but it also highlighted just how reliant they are on him.

A good campaign in Division 2, but the highlight for them was the win over Emo in the Round 2 qualifiers of the SFC.

It wasn’t really expected and it kept them in the competition for another year, but they need to improve if they want to stay there.

Should not have found themselves in a relegation playoff, but the loss to Ballylinan was the most disappointing result for them.

Needed to pull it out of the bag against Timahoe in the relegation playoff, so they will have to re-focus over the winter and make sure it doesn’t happen again.

They’re not the most exciting team in the championship but they do know how to grind out victories when they need them.

Did just that against Timahoe, but they had a dreadful scoring record, and it’s something they really need to improve on.

Lucky they drew The Rock in the relegation playoff, otherwise they probably would have been relegated.A sleeping giant of a club, they need to waken themselves up quickly or they will be left far behind.

Losing Brendan Quigley and Damien O’Connor left them in woeful shape, but they could still have avoided relegation. Consistency has repeatedly avoided them over the years, and it’s still a problem now.

A dreadful year forthem, even if they almost pulled off the shock of the year against Stradbally. It could be a while before they are seen back in the senior championship.