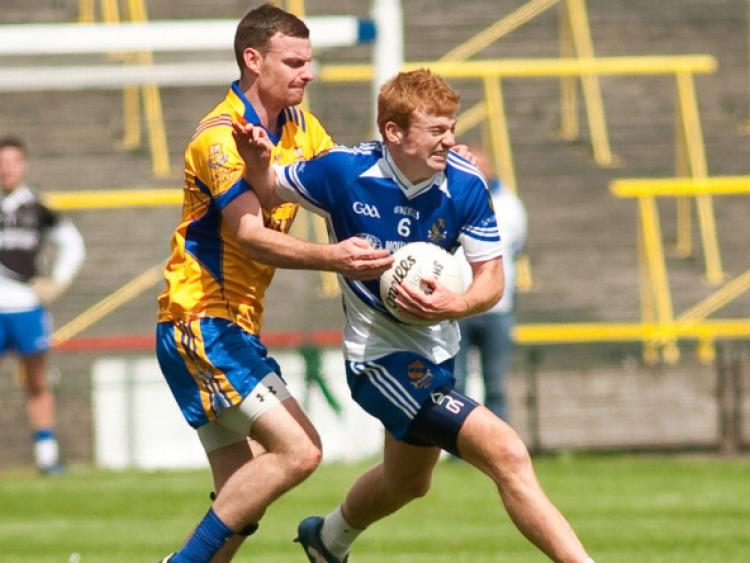 Six time reigning Laois SFC champions Portlaoise survived an opening round scare in the Laois SFC last Friday as the competition got underway for 2013.

Six time reigning Laois SFC champions Portlaoise survived an opening round scare in the Laois SFC last Friday as the competition got underway for 2013.

They needed to a point-blank save from veteran goalkeeper Michael Nolan to withstand a spirited challenge from The Heath, who came close to pulling off a famous victory over their neighbours.

Kevin Fitzpatrick’s goal just after half time appeared to set Portlaoise on their way to a comfortable win, but The Heath came back at them and almost stunned them with that late goal chance.

While that game almost produced a shock, there were a few results of note elsewhere in the SFC, as Stradbally needed an injury time point from Colm Kelly to rescue a draw against The Rock.

Stradbally were red-hot favourites beforehand, as The Rock had struggled badly in Division 2, but were left to sweat on Kelly’s accuracy from placed balls in injury time. The replay is fixed for this Friday night in O’Moore Park.

Elsewhere in the SFC, Mountmellick caused another upset when they saw off St Joseph’s by 2-14 to 2-8 in their game on Sunday morning.

Like The Rock, Mountmellick had been struggling in Division 2 this year but found form at the right time to oust St Joseph’s. Killeshin also caused something of a shock when a last minute point saw them edge out an understrength Timahoe team.

In the other SFC games played over the weekend, there were wins for Arles-Kilcruise, Graiguecullen, O’Dempsey’s and Arles-Killeen.

In the losers section, the clash of Portarlington and St Joseph’s looks to be the tie of the round. The draw in full is as follows: Portarlington v St Joseph’s; Timahoe v Crettyard; Emo v Ballylinan; The Heath v Stradbally/The Rock.

The games will be on the weekend of August 23.

See this week’s Leinster Express for full reports on all eight Senior Championship games. On sale every Tuesday