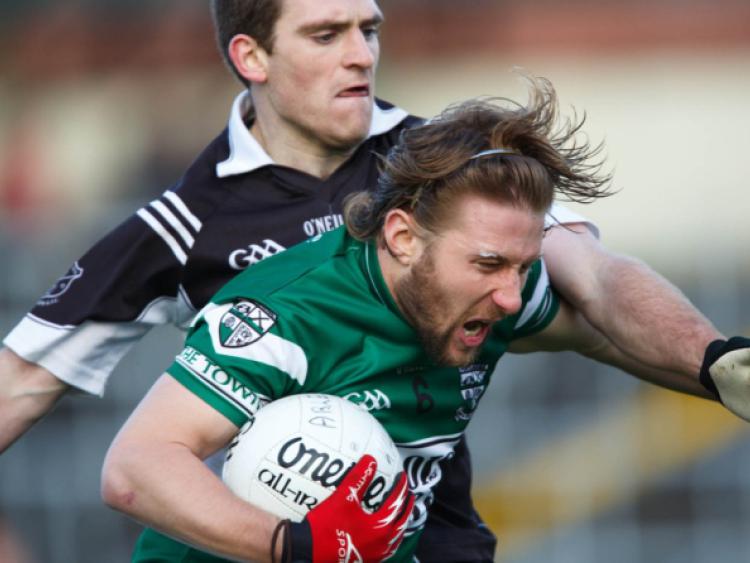 From the start of the game when both Portlaoise and Arles Killeen received a guard of honour from young players from their respective clubs through the mini games at half-time, the next generation of players were very much included in proceedings at last Sunday’s County Final.

From the start of the game when both Portlaoise and Arles Killeen received a guard of honour from young players from their respective clubs through the mini games at half-time, the next generation of players were very much included in proceedings at last Sunday’s County Final.

After the game, the Portlaoise players took time on the field to pose for pictures and sign autographs for their young fans and the last man out on O’Moore Park was dual star Cahir Healy.

Speaking once he had fulfilled his duties to the supporters, he outlined just how tough a challenge, Arles Killeen had posed to the defending champions.

“It was a tough day. We didn’t perform at all in the first-half. We were kind of lucky at half-time it was only three points in it. We knew we could pull back three points if we just stayed at it. We got there.”

In the first-half Arles Killen’s Paul Kingston proved a serious handful for the Portlaoise defence and Cahir Healy was full of praise for the young player.

“They put me back on him for the last few minutes of the first-half and I was thinking, lads don’t let the ball come in here because he was on fire to be fair to him. He’s probably in line to step up to county panel now.”

But in the second-half, the supply of ball to Paul Kingston was cut off and Cahir Healy believes that was down to Portlaoise upping their game.

Arguably the key player on the day for Portlaoise was Paul Cahillane who had a hand in most of his side’s attacking moves. Cahir Healy praised his contribution in both the semi-final and the final.

“He was excellent in the semi-final and he was excellent again today. He was really showing for the ball and taking on his man and laying it off. He’s an excellent footballer and he has been for the last few years since he came back from Celtic.”

Portlaoise trailed by as many as four points just after half-time but for the remainder of the game they held Arles Killeen to just one further point. Cahir Healy believes that the experience gained in previous years stood to them on the day.

“There was no panic. Even in the dressing room at half-time, we spoke about what we were doing wrong and what we needed to change. Three points isn’t a big lead when you have 30 minutes to score them. There was more an urgency in the dressing room at half-time more than a panic. And I always felt we could come back. I never thought that we weren’t going to win the game at any stage.”