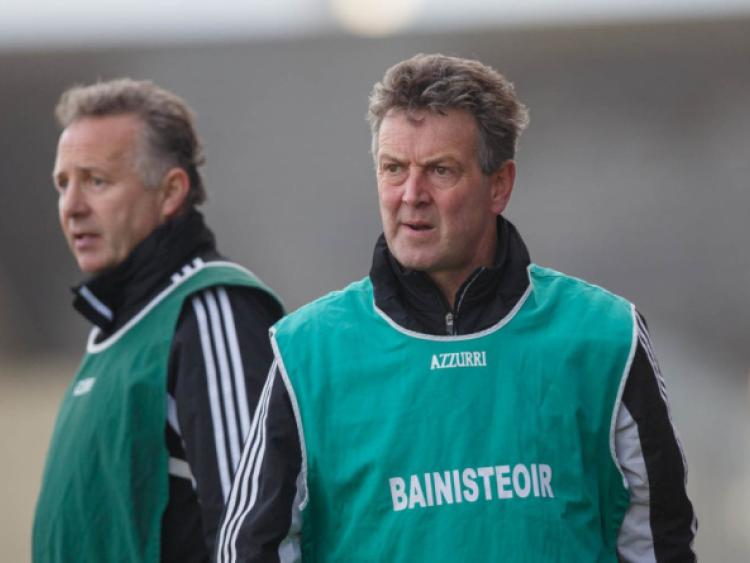 At half-time in last Sunday’s Senior Football Final, Portlaoise trailed by three points and their deficit became four shortly after the restart.

At half-time in last Sunday’s Senior Football Final, Portlaoise trailed by three points and their deficit became four shortly after the restart.

However as the second-half progressed, Portlaoise introduced a number of players from the bench and gradually took control of the game. Speaking after the game, Portlaoise joint manager Mark Kavanagh praised Arles Killeen adding that the strength in depth that Portlaoise had was the only difference between the sides.

“It’s probably the toughest (final). I have to say I told you during the week that Arles Killeen play a beautiful brand of football. It’s a credit to their management and the club over there. With ten minutes to go the fat was in the fire. When we were four points down I thought, we’re in trouble here. It was probably just the strength of our panel that was the difference between the two teams on the day. We had the likes of Kevin Fitzpatrick who came in and scored the goal. We were blessed this year to have more depth in the panel to bring on and we needed them in the last ten minutes.”

Portlaoise showed great desire in the second-half to battle back for the win and Mark Kavanagh explained that the team has lost none of their hunger despite their unprecedented success in recent years.

Another key to victory, according to Kavanagh, was how Portlaoise stifled the influence of the Kingstons, Donie and Paul, in the second-half after they had been hugely influential in opening 30 minutes.

“Between the two Kingstons, Paul and Donie, their a credit to their club. They were excellent today. They caused us problems as you saw. Paul got a goal in the first-half that we would have been proud of. It was a fantastic finish. He took the ball at the 40 yard line, turned and bang into the back of the net. It was an inspirational goal. The two Kingstons are fantastic footballers and they were giving us problems, especially in the first-half. We switched Conor Boyle onto Donie in the second-half and that made an awful difference. Paul Cotter came on to Paul Kingston and that made an awful difference there. We were able to bring Cahir Healy out to centre-back and that’s where we wanted him all year and that’s why we had him there in the final ten minutes.”

While he didn’t receive the Man of the Match Award, that went to Conor Boyle, Paul Cahillane was Portlaoise’s key man in attack and Mark Kavanagh was quick to praise his corner-forward.

“Paul Chaillane was brilliant, especially in the last six or seven weeks. He’s starting to take on fellas. He’s doing the business. He’s making himself open for balls. He’s a very clever player. The problem Killeen had is the strength of their panel. They had someone on him but if they had to switch someone onto him, they were taking away from somewhere else. Unfortunately for them, Paul Cahillane was instrumental in our win.”

Portlaoise have a three week break before they take on either the Longford or Wicklow champions in the Leinster Club Championship. It is a competition that Portlaoise always enjoy and Mark Kavanagh is already looking forward to this year’s campaign.

“Looking forward to it now. We’ll have a good night tonight and maybe tomorrow but after that it’s all focus on the winners of Longford and Wicklow. That game is on next weekend and we’ll be down there wherever it’s on. In three weeks time we have the start of the Leinster campaign and that’s what we love. You go in with your eyes wide open thinking, maybe this year. Maybe this year we could do it and that’s what will be the inspiration to get from this game to the next game.”

See this week’s Leinster Express for full report, reaction and analysis plus plenty of photographic coverage