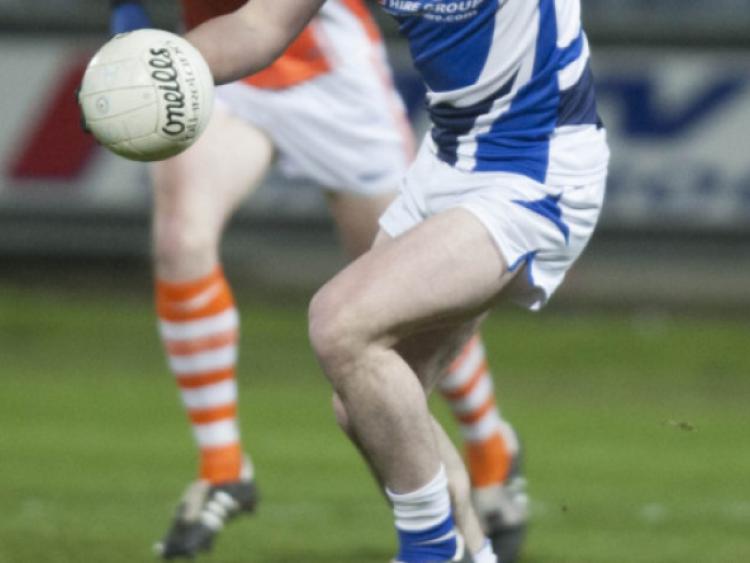 After getting to half-time just three points adrift having played against the strong wind in the Athletic Grounds, Laois looked to be in a strong position going into the second-half of this Division 2 clash.

After getting to half-time just three points adrift having played against the strong wind in the Athletic Grounds, Laois looked to be in a strong position going into the second-half of this Division 2 clash.

They defended deep but broke forward in numbers when the opportunity arose and were able to take advantage of the spaces left by Armagh players pushing forward.

Unfortunately for Tomas O Flathatra’s side, they couldn’t replicate that after half-time as Armagh slotted home two goalsto run out comfortable winners. Laois struggled to break down the home side’s defence in the second-half and when they ran out of ideas, they resorted to long range efforts which lead to a wasteful eight wides.

When they turned over possession, they were caught out by the pace of Armagh’s counter-attacking play and that ability to quickly turn massed defence into penetrating attacks in the second-half was the key to their victory.

While Mark Timmons did a fine job minimising the influence of dangerman Jamie Clarke, they couldn’t contain Stefan Campbell who was their tormentor in chief finishing with 1-4 on the night in a man of the match performance.

His goal after 52 minutes put the game beyond Laois but it could have been different if Laois had had more luck in front of goal. Both David Conway and Paul Begley rattled the woodwork when the game was still there to be won. Over the 70 minutes however Laois could have few complaints about the result as Armagh were the better side on the night.

On three separate occasions, Laois went more than ten minutes or more without a score and they managed just six points with the assistance of the wind in the second-half. Of Laois’s 13 scores, four came in an impressive opening eight minutes where they opened up and early three point lead.

They rode their luck at the start with Denis Booth making a key block and Graham Brody making a fine save to deny Jamie Clarke. Stefan Campbell did open the scoring for the home side but Laois responded well with John O’Loughlin and Kevin Meaney providing the platform in midfield.

Donie Kingston opened the scoring with O’Loughlin, Ross Munnelly and James Finn all getting their names on the score-sheet.

However it would be 14 minutes before they would add to their total as they gradually dropped further back allowing Armagh to take control of the game. Tony Kernan pulled one back for Armagh with Stephen Harold reducing the deficit to one soon after.

Laois were defending deep with Billy Sheehan parked in front of the full-back line but they did manage to mount the odd attack on the break with the midfield duo of O’Loughlin and Meaney getting up in support. Unfortunately with Ross Munnelly the only player staying in the full-forward line, the ball was not being held up and Armagh were able to clear their lines with ease.

Tony Kernan levelled the scores after quarter of an hour of play and further points from Ethan Rafferty and Stefan Campbell put Armagh two ahead with 20 minutes played..

A brace of points from Donie Kingston ended Laois’ scoring drought but Armagh went on a scoring spree scoring six points in seven minutes to put daylight between the sides.

Laois were handed a lifeline before half-time when John O’Loughlin was on hand to tap home the rebound after an initial shot from Padraig McMahon after a surging run had been saved by Philip McEvoy.

That left three points between the sides putting Laois in a strong position with the advantage of the wind to come in the second-half.

However it was Armagh who were quicker out of the blocks in the second-half scoring the first two points. Laois almost hit back with a goal but half-time substitute Gary Walsh was unlucky to see his shot from a narrow angle come back off the butt of the post.

Laois did respond with points from Donie Kingston and David Conway to get back within three but a point from Ethan Rafferty and a goal from Stefan Campbell put seven between the sides midway through the half.

David Conway and a Donie Kingston free got Laois briefly back within five but Stefan Campbell restored the six point lead for the home side entering the last ten minutes.

Laois were struggling to break down the Armagh rearguard and were forced to take long range pot shots which lead to eight wides in the second-half.