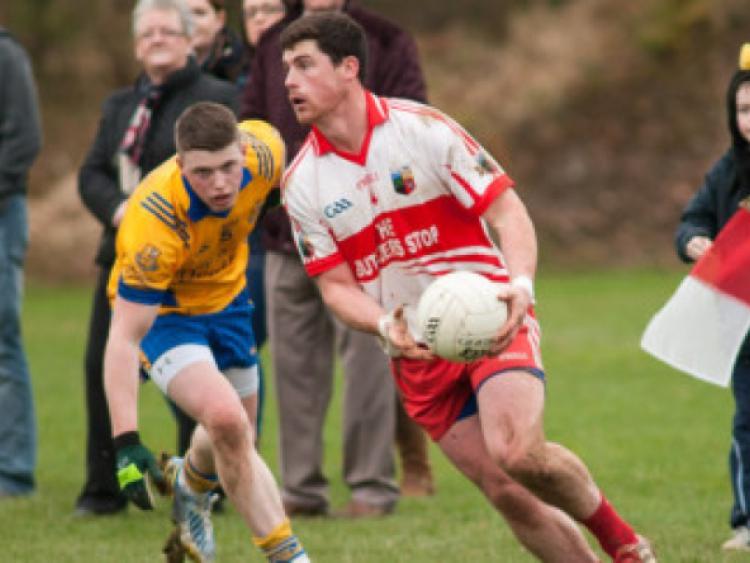 St Joseph’s withstood Emo’s dramatic game-levelling two goals in the final three minutes to claim an injury-time game-winning point through Brendan Hickey to see them book their place in the Kelly Cup final.

St Joseph’s withstood Emo’s dramatic game-levelling two goals in the final three minutes to claim an injury-time game-winning point through Brendan Hickey to see them book their place in the Kelly Cup final.

St Joseph’s opened the scoring after four minutes with Brendan Hickey slotting over to give his side an early lead. Joseph’s failed to build on their early lead as they suffered a twenty minute drought thereafter as Emo stormed into a three point lead.

A brace of points apiece from Paul Lawlor and Nigel Murphy pushed Emo into the lead, before Joseph’s ended their barren spell with a Brendan Hickey point. Shane Murphy restored Emo’s three point cushion a minute later, but Joseph’s went on the attack to notch the next three points through James Doyle (2) and Mick Keogh.

There was still time for the sides to exchange points late on in the half with Kevin Campion and Paul Lawlor getting on the scoresheet to leave the half time score at six points apiece.

St Joseph’s claimed the opening two point of the half through Kevin Campion and James Doyle, before Mick Lawlor replied to narrowed the gap back to a point after thirty-eight minutes.

Joseph’s went on the attack again and yielded a point apiece from James Doyle and Colin Campion to see them extend their lead to three points with twenty minutes left to play. Emo replied almost instantly through Conor Lawlor to see them remain within two points of the opposition.

With fifteen minutes left to play St Joseph’s grabbed the first goal of the day with Mick Keogh finishing off Donal Rasbottom’s darting run to send Joseph’s five points ahead in the final quarter. Substitute James O’Rourke came off the bench to pull one back for Emo and reduce the deficit to four points.

Brendan Hickey and James Doyle both raised the white flag for St Joseph’s in the final ten minutes to ease them into a comfortable six point lead with five minutes remaining.

With two minutes of normal time remaining St Joseph’s held a comfortable six point cushion, but two inevitable yet dramatic late goals from Conor Lawlor and Chris Gleeson looked to have secured a draw for Emo - however, there was to be one final twist to the plot as Brendan Hickey raised the white flag two minutes into injury-time to drag his St Joseph’s side over the line and into the final.