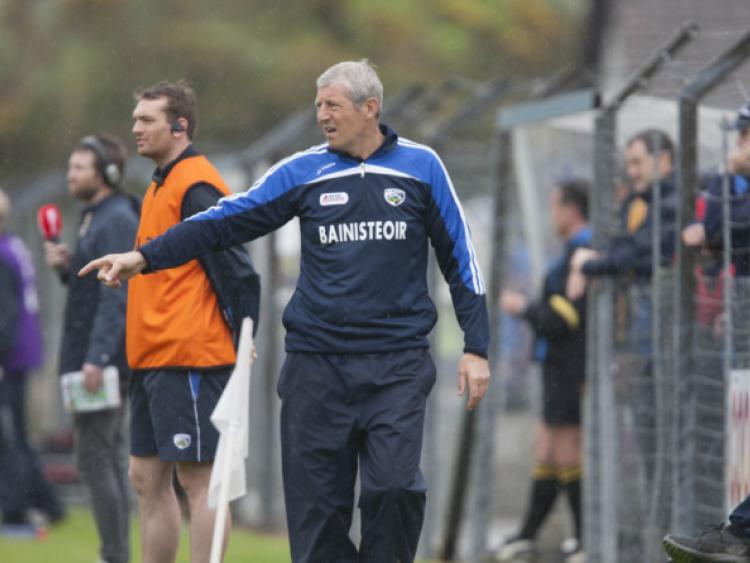 An impressive second-half display where they outscored Wicklow thirteen points to six was more than enough to see Laois through to a Leinster quarter-final showdown with Dublin on June 8 in Croke Park.

An impressive second-half display where they outscored Wicklow thirteen points to six was more than enough to see Laois through to a Leinster quarter-final showdown with Dublin on June 8 in Croke Park.

An impressive haul of 21 points matched the total score combined from their last two championship openers against Louth and Longford.

Speaking after the game, Laois manager Tomás Ó Flatharta commended the performances of all his players but he reserved the highest praise for the new look back-line.

“If you look at it, we had a number of lads making their championship debuts. Graham Brody in goals, Stephen Attride at centre-back and Robbie Kehoe as well on the wing. I felt they all did exceptionally well but I think the full-back line were outstanding. They marked tightly.”

After struggling to impose themselves on Wicklow in the opening 35 minutes, the sides were level at the break, Laois took control after the restart and ran out deserved winners. The manager stated that it was important to keep the composure.

“It was a matter of staying composed at half-time and taking it from there and I felt they did do that in the second-half and it was very pleasing the amount of scores we got in the second-half. We got on top in the forwards. There was some great inter-link play going up the field and the lads up there finished well.

Ross Munnelly top scored for Laois and while complimenting his captain on that fine individual performance, Tomás Ó Flatharta was at pains to point out the contributions of other players.

“He got nine points. That’s great scoring. But other lads chipped in as well. We got a good number of scores. Sometimes we forget about the lads that do all the other work. There was great done with Billy and Padraig McMahon and Paul Begley and Peter in the full-back line. All over today I thought they all did well.”

One of the big storylines coming into the game was the decision to drop Colm Begley from the match day squad after he played a club game in Dublin during the week. Tomás Ó Flatharta took the opportunity on Sunday to explain and draw a line under the matter.

“Myself and Colm had a discussion during the week about it. He understood where we were coming from on it and I fully understood the awkward situation that he was in. He plays club football with Parnell’s in Dublin but he’s a coach there so he found himself in a very awkward situation. But look, it’s gone now. He’s very much a vital part of our panel and he’s going to be fully involved from now on.We’re back training on Tuesday night so we welcome everybody back. What’s happened is the end of that and we just move on.”