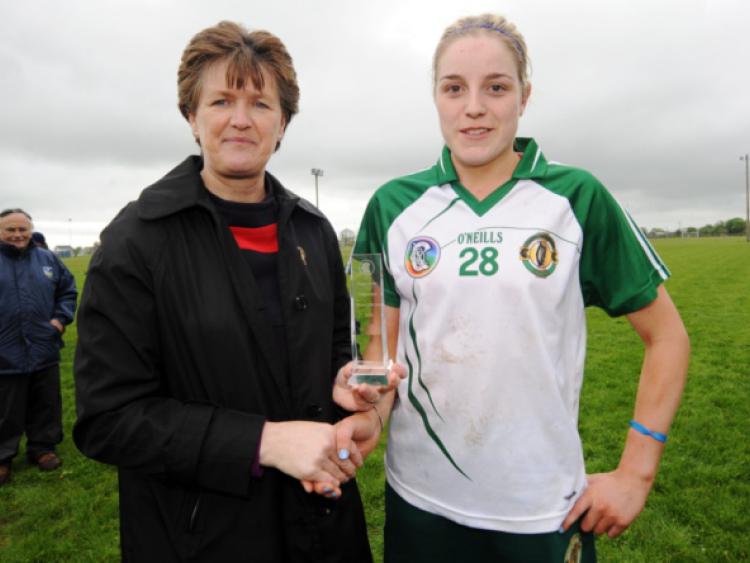 The Laois Camogie team carried their good form from the League into the Championship last Friday evening as they recorded an emphatic 5-18 to 0-3 win over Carlow.

The Laois Camogie team carried their good form from the League into the Championship last Friday evening as they recorded an emphatic 5-18 to 0-3 win over Carlow.

After a cagey opening, Laois gradually gained the upper hand and a goal from Olga Parkinson put them 1-8 to 0-1 ahead.

Carlow, who finished bottom of Division 3, were no match for a Laois side who reached the Division 2 semi-finals as David Cuddy’s side eased away with Elaine Mahoney, Olga Parkinson, and Niamh Dollard all finding the back of the net.

Laois lost out in the Division 2 semi-final to Cork but this victory will give them a renewed sense of confidence ahead of the Leinster Final and the All Ireland Championship to come.

In the Leinster Final, they will play Offaly’s second team after they defeated Division 3 League champions Westmeath by 2-5 to 0-7 in Birr on Saturday. Westmeath rested several players for the game and were caught out by two first half goals.

Laois lost out to Kildare in last year’s final in O’Moore Park but they will be strong favourites to go one better in this year’s decider on June 8 which is provisionally fixed for O’Moore Park.

Meanwhile the Camogie Gael Linn Interprovincial Camogie Championship was held in Rathleague over the weekend.

Sarah Anne Fitzgerald became the first player from Laois or any Junior county to be selected for the Leinster team. The Camross star showed she certainly belonged as she was named Player of the Tournament as she helped Leinster to victory.

Having reached the Laois Feile Final, the Clonad Camogie team has been selected to go to Feile this year.

This is a great achievement for Clonad and we wish the girls and their mentors every success. The Féile team is trained by Shane Maher, assisted by Fint Duff.

The other mentors are Liz Gowing and Laura McWey.

There are very large costs associated with going to Feile and, over the next few weeks, the girls will be running a number of initiatives in an effort to raise costs. Clonad would be very grateful for any support in this regard. The first fund raiser will be held at the club on Sunday morning next when a cake sale and coffee morning will take place. Come along and have a cup of tea and support the girls.