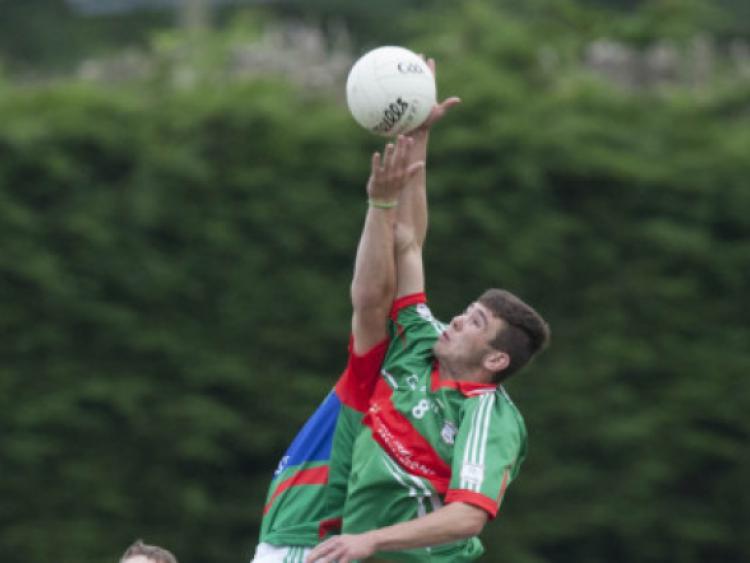 Substitute Luke Murphy came off the bench to rattle the Stradbally Parish Gaels net on two occasions as Graiguecullen powered to a deserved eleven point victory to see them claim the League title in Crettyard last Monday night.

Substitute Luke Murphy came off the bench to rattle the Stradbally Parish Gaels net on two occasions as Graiguecullen powered to a deserved eleven point victory to see them claim the League title in Crettyard last Monday night.

In what was a relatively low-scoring opening half Graiguecullen looked to the likes of Daniel O’Reilly, Ethan O’Neill and Ryan O’Grady for their points, while first half substitute Luke Murphy was sprung from the bench and made an almost instant impact with a goal in what was his first touch of the ball.

On the other side, Stradbally Parish Gaels relied on Tom Shiel and Benny Lawlor to provide the finish for their points in the opening half.

While the first half was a relatively even clash with Graiguecullen’s goal just before the break being the only significant difference between the sides, the second half proved to be a much different encounter as Graigue ran riot as they chalked up 2-7 in the final half an hour, while Stradbally Parish Gaels could only manage five points.

Luke Murphy picked up his second goal of the day, while Ethan O’Neill claimed their third of the evening as Graigue cruised to the final whistle. Points flowed for Graiguecullen from Brian Byrne, Ryan O’Grady, Ethan O’Neill and Daniel O’Reilly, while Tom Shiel, John Clancy and Liam Knowles all raised the white flag to keep Stradbally Parish Gaels in-touch.

In the end Graiguecullen’s second half showing and scoring prowess was the difference on the day as they grabbed the title, and bragging rights, with a dominant display.