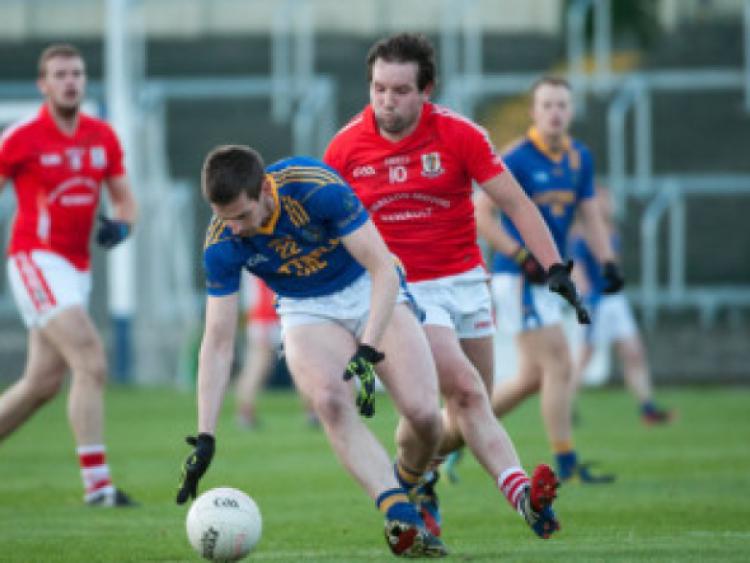 In the first of Saturday’s semi-final pairings, Timahoe cruised to a comprehensive six point victory over their neighbours, Annanough, to book their place in the County final.

In the first of Saturday’s semi-final pairings, Timahoe cruised to a comprehensive six point victory over their neighbours, Annanough, to book their place in the County final.

Timahoe’s Padraig Clancy claimed the first score of the day after three minutes when his big kick from range sailed between the posts to ease Timahoe into the lead - a lead that they would hold from the third minute to the final whistle.

Two minutes later, Timahoe doubled their advantage through Ruairi O’Connor’s clever snapshot that dipped over the crossbar. Annanough had their fair share of possession right up to this point, but their three scoreable wides in the early stages was beginning to take its toll on the forwards confidence. Fortunately for them, James Miller finally settled their nerves with a converted free after nine minutes to make it a one point game.

Annanough kicked on from here and almost raised the green flag had it not been for the heroics of Eoin Culleton in the Timahoe goals. Simon Miller darted through the Timahoe defence before unleashing a superb shot, only for Culleton to equal his effort with a fantastic save as the game reached the quarter of an hour mark.

Timahoe increased their lead to two points through a Ruairi O’Connor free, but a minute later James Miller lifted the flag at the other end to leave just one point in it win the final ten minutes of the half. Timahoe closed out the scoring for the half with County star, Damien O’Connor, finding his range to give Timahoe a two point cushion at the interval.

In what was a particularly low-scoring opening half an hour of football where Timahoe held a narrow lead on a scoreline of 0-4 to 0-2, it was Annanough’s lack of composure that really stood out. With a wide tally of six scoreable chances - as opposed to Timahoe’s two - Annanough were literally kicking their chances away in this game against a highly-fancied Timahoe side.

Timahoe, and in particular Damien O’Connor, emerged for the second half looking to live up to their favourites tag. And while they did show glimpses at time, there’s definitely another gear they’ve been saving for the final.

Just as he had claimed the last score of the first half, Damien O’Connor claimed the first point of the second half too after just thirty seconds as Timahoe went three points clear of their neighbours.

Four minutes later, Ruairi O’Connor claimed what was undoubedtly the score of the game as he twisted, shimmied, jigged and turned nearly all at once through the Annanough defence as he made space to fire over his third of the day, before slotting his fourth from a free two minutes later as Timahoe now led by five points.

Annanough struggled to find their feet once again, taking them until the thirty-eight minute to restart their account, again with James Miller providing the finish to leave four points separating the sides. With what was his last involvement of the day, and following a bit of debate between the umpires and referee, Daniel Carroll made it a three point game with fifteen minutes left to play.

Timahoe pressed on and added a quick brace through Robbie Foyle and Ruairi O’Connor to push their lead back out to five, but had it not been for an incredible one-handed save by Eoin Culleton to turn James Miller’s goalbound shot over the bar it could’ve been back to a two point game.

Timahoe closed out the game strongly with points from Clancy, Ruairi O’Connor and Damien O’Connor, sandwiched by a Simon Miller point for Annanough, to see them run out comfortable six point victors in O’Moore Park as they now prepare to meet Ballyfin in the County Final.