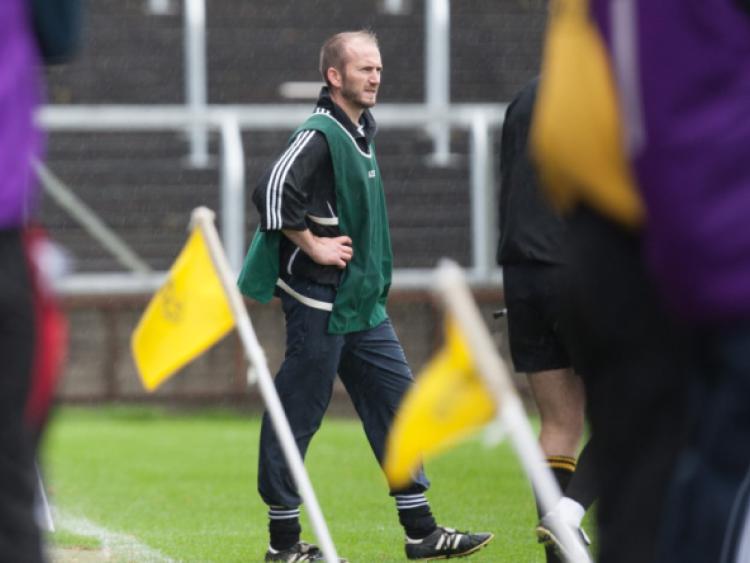 Joe Higgins is under no illusion regarding the step-up Arles-Killeen will have to make if they are to win this year’s senior football championship.

Joe Higgins is under no illusion regarding the step-up Arles-Killeen will have to make if they are to win this year’s senior football championship.

Speaking after the game, Higgins, although content with his sides performance admitted. “The conditions made it very difficult for both sides. We got a decent lead before half time and credit to the lads they dug deep in the second half; we knew Graiguecullen were going to come at us in the second half and they had the strong breeze in their favour but we kept possession and were unfortunate not to be able to convert.

“They tagged on a few points in the second half which put them right back into the game so it was down to the pin of the collar stuff and we’re just delighted to be in the final.”

Looking to the final, Higgins realises that they have to bring it up a notch to if they are to defeat Portlaoise in the final in two weeks time. “If we play the way we played today we won’t win a county title.

“We will have to take a look at today’s game and see what worked for us and what didn’t and what areas we will need to improve on for the next day and try to come up with a plan to turn Portlaoise over.

“We will go back to training next week and analyse the performance, every player will have a look at themselves and identify the weaker areas of our game and try to improve on them ahead of the final”.

For Arles-Killeen this years final offers a chance to overturn the defeat they suffered at the hands of Portlaoise last year. Portlaoise have shown in this years championship that they are very much a second half team; they trailed in their quarter final against Portarlington and their semi-final against O’ Dempseys but somehow managed to swing the game in their favour on both occasions.

Arles-Killeen scored just 0-3 in the second half and this will surely be a statistic that will worry them ahead of their encounter.

The biggest threat for Arles-Killeen lies in the Portlaoise forward line where any one of their forwards are capable of scoring crucial scores at key moments in games.

Arles-Killeen will have to devise a strategy to minimise this threat and hope that their own forward line, which includes players such as Donal Kingston, Donal Brennan and Jason Enright, can punish the Portlaoise defence which has on occasions on this years championship looked vulnerable when forwards move the ball quickly against them.

Higgins added. “Arles-Killeen is a small knit community and we’ve a small pool of players. We are lucky that last year and this year we have managed to remain injury free so we aren’t missing anyone”.

Arles-Killeen now have two weeks to prepare and will hope to come out on top on this occasion.