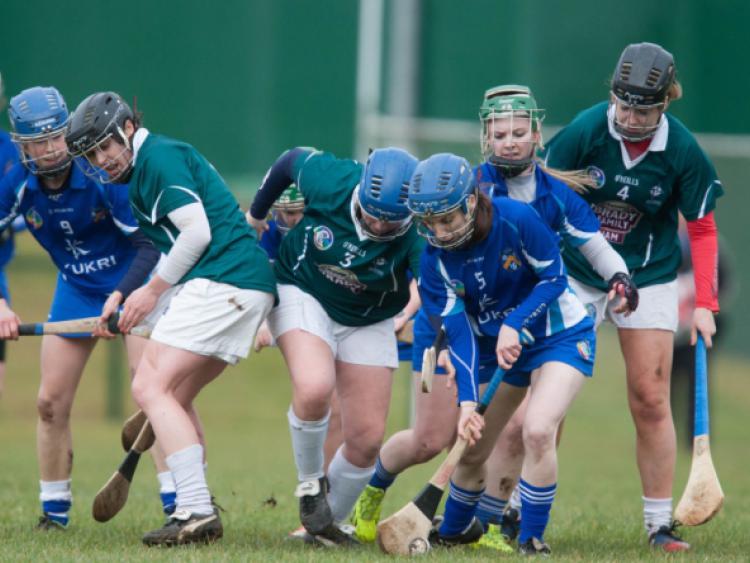 Laois opened their league campaign with a nine point win over Kildare that was as comfortable as the final scoreline suggests.

Laois opened their league campaign with a nine point win over Kildare that was as comfortable as the final scoreline suggests.

Playing into the teeth of the wind in the first-half in Abbeyleix, Laois established a three point lead at 0-6 to 0-3 thanks largely to a superb defensive display spearheaded by Rose Bermingham and Sarah Anne Fitzgerald with two super points from Laura Marie Maher the stand out scores of the half.

With the wind behind them in the second-half, Laois put the game beyond Kildare in the opening eight minutes hitting a quick-fire 1-2 with the goal a rasper from Michelle Holmes. That left eight points between the sides and it was a deficit the visitors were never likely to overcome.

With the conditions worsening as the game progressed, Laois never looked troubled with Kildare’s only scores in the second-half coming in the closing minutes.

It was the perfect start to the year for David Cuddy’s side who will be hoping that 2015 will be the year that they finally add the elusive All Ireland Premier Junior title to their impressive list of titles in the last few years.

Importantly for Laois, the majority of the team that has been on the cusp of winning in September for the last few years has returned and they look like they are in good form to start the year and make a push for another league title to go with the Division 3 crowns won in 2010 and 2013.

The wind was blowing straight down the field in Abbeyleix and Laois faced into the elements in the first half. They were quickly out of the blocks with a brace of points from Louise Mahony who started the game at centre-half forward.

Kildare, without the services of their star player and captain Susie O’Carroll who started the game on the bench, pulled on back with 12 minutes on the clock through their number 12 Melissa Lyons.

Laois responded quickly at the other end when Laura Marie Maher went on a 40 metre solo run through the Kildare defence before firing the ball over the bar into the wind without breaking stride.

Louise Mahony confidently pointed a free from the resulting passage of play as Laois opened up an early 0-4 to 0-1 lead.

Kildare were struggling to make any inroads against the well marshalled and tight marking Laois defence but Melissa Lyons did put over her second point of the half, this time from a free, with 20 minutes on the clock.

Once again however Laois responded with another fine point from Laura Marie Maher after she once again cut through the defence at pace before Michelle Holmes came within inches of finding the back of the net when her well struck shot from 21 metres flashed inches over the bar.

A third point of the period for Kildare from Melissa Lyons rounded off the scoring for the half with Laois going to the interval with a three point lead having played into the teeth of the wind.

Late in the half, Laois appeared to have lost centre-back Sarah Anne Fitzgerald a serious injury as she was helped off the field before limping quite badly to the dressing room however whatever magic sponge was used at the break worked a charm as the Camross player sprinted back out for the second-half showing no ill effects of what had looked like a game ending knock.

She was soon involved in the game drilling over a free from just inside the 65 metre line before Michelle Holmes got in behind the Kildare defence before smashing the ball to the roof of the net.

Susie O’Carroll came on at the break for the visitors and almost made an immediate impact when she got a flick to a long ball into the square but Laura Dunne made a good save on the line.

It was one way traffic apart from that early chance with brace of points apiece from Louise Mahony and Sarah Anne Fitzgerald extending the lead.

Laois manager David Cuddy rang the changes late on emptying his bench to give all his players a run. Kildare had one late goal chance but a powerfully struck 21 metre free from Emer Reilly was saved by the always reliable Laura Dunne.

Kildare tacked on two late points, one apiece from Emer Reilly and Caroline Forde but it was scant consolation for the visitors on a day when they were comprehensively outplayed by Laois.