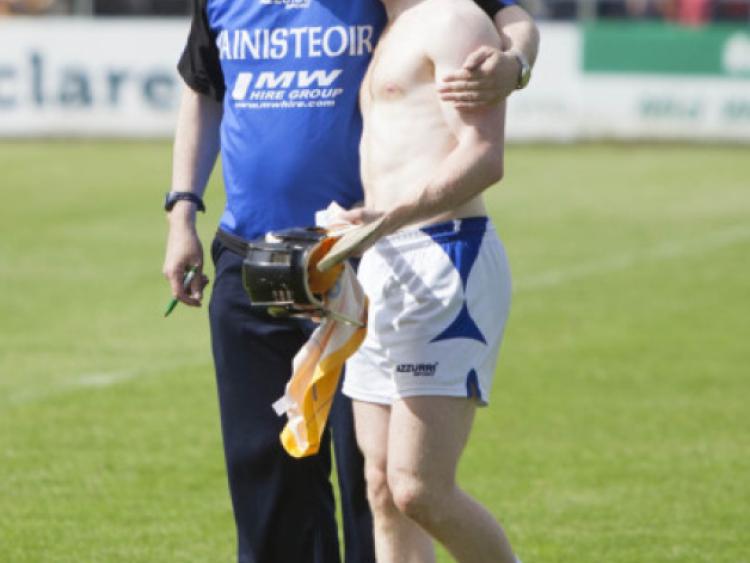 Taken in isolation, last Saturday’s defeat to Clare was a disappointment for the Laois Senior hurlers but that would be doing an injustice to a side who have made huge progress this year.

Taken in isolation, last Saturday’s defeat to Clare was a disappointment for the Laois Senior hurlers but that would be doing an injustice to a side who have made huge progress this year.

When you consider that Cheddar Plunkett and his management team were only appointed last December to take over a side that was in disarray, the fact that they gained promotion, won two championship games and pushed Galway all the way in a Leinster semi-final shows just how far they have come in an incredibly short space of time.

Clare showed on Saturday that they will be a force to be reckoned with in the All Ireland Championship while Laois saw first hand the standard they need to reach to compete with the top teams.

Speaking after last Saturday’s game with Clare, Cheddar Plunkett paid tribute to Clare and how they set up to counteract his side.

“It was difficult for us as we didn’t bring our best game to Ennis. We’ll have to go away and look at why that happened, but it seemed as if we couldn’t cope with Clare’s pace and the speed of their hurling. They set up to counteract our game plan and it worked well for them. They took their points well and that was the difference.”

However the man who was originally tasked with finding a manager before eventually taking the job himself sounded a positive note when looking to the future.

“Laois have taken big trimmings in the past and we have been lower. But now that there is a solid foundation to work from, it is a major positive for us.”

He added that the biggest thing now was to consolidate and build for the future.

“The major issue for us is to consolidate hurling in the county. I must say I have thoroughly enjoyed this year as Laois manager and they are a fantastic bunch of players. I’m an extremely proud Laois hurling man and anything I can do to better the game in the county, I will do it. I’ll put my shoulder to the wheel. It’s an honour for me and would be an honour for any Laois man to manage them.”

While the curtain has come down on this season, Laois have plenty to look forward to in 2014. The progress at underage level has mirrored that in the senior ranks and the future looks bright for hurling in the county.

Next year Laois will play in Division 1B alongside Munster Finalists Cork, neighbours Offaly, Leinster champions Dublin, Wexford and Antrim and that will help raise the standard even further.

From a low ebb this time last year, Laois have made tremendous progress and with a solid foundation now laid, the building work can progress into the future.