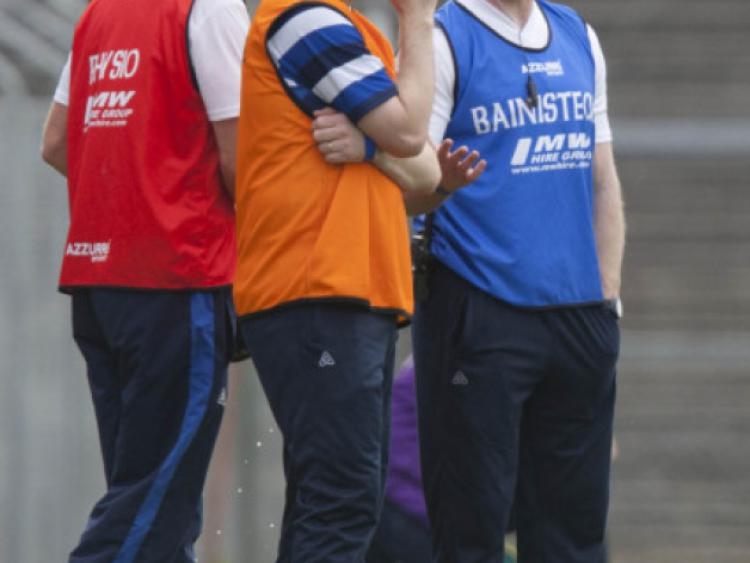 As his players warmed down after a job well done in the evening sunshine in Ennis after a comfortable win over Clare, Laois manager Justin McNulty was clearly happy with the victory.

As his players warmed down after a job well done in the evening sunshine in Ennis after a comfortable win over Clare, Laois manager Justin McNulty was clearly happy with the victory.

While his side had started slowly and had trailed by 0-6 to 0-2 after 25 minutes, the Laois manager was rightly focussing on the positives.

At the same time as one of his predecessors in the post, Mick O’Dwyer, was announcing his retirement, McNulty was looking to the challenges ahead.

“There were parts of the performance that were satisfactory but there were other parts we hugely need to improve on and the team knows that. Clare were easier opposition than we are going to face in the next game obviously and we know we have major areas for improvement. However it was a good workmanlike performance. We created lots of great scores, lots of great moves and lots of positive turnovers so it’s encouraging and can only help build the confidence in the team.”

Fpr the second game in a row Laois started slowly but Justin McNulty felt that while the scores weren’t coming, his side had the upper hand.

“We probably had the majority of the play in the early periods of the game however we just weren’t clinical enough up front. A good turnover created the goal, a bit of brilliance from Donie and that changed the momentum of the game. It was a class finish from John O’Loughlin. We probably could have had another few goals and we’d need to be more clinical and ruthless up front when we create the opportunities but we’ll take the scoreline. 3-17 is not a bad scorleine.”

In the opening half Laois hit ten wides but rather than critcising his side, the manager praised his players for taking shots on.

He was also philosophical about the back to back slow starts stating, “it doesn’t really matter where you start, it’s where you are at at the finish. That’s the important thing.

Laois steamrolled Clare after the break and Justin McNulty acknowledged that their opponents gave up the ghost.

“I think Clare probably threw in the towel early in the second-half so it’s nothing to get carried away with. We had to work hard in periods to get that result but we know we have to get so much better for the next game.”

Concerns had been raised as a line of players who were in the Laois panel in the league departed for foreign shores when their side was knocked out of the Leinster Championship. However Laois have regrouped well and the new faces have been assimilated into the squad well. Justin McNulty noted the talent in his squad but added that there needed to be a greater level of consistency.