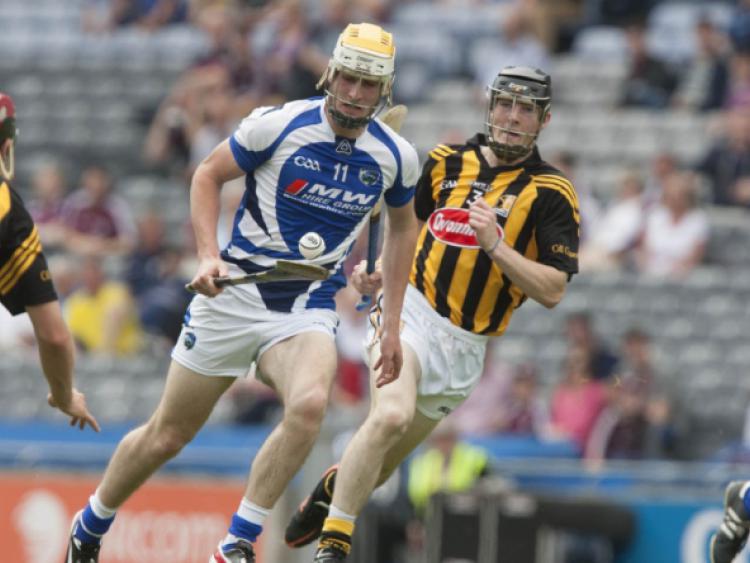 For every high, there must be a low, and unforuntaley for the Laois minors hurlers, last Sunday was a low.

For every high, there must be a low, and unforuntaley for the Laois minors hurlers, last Sunday was a low.

Stepping out onto the hallowed Croke Park turf for the Leinster final, they did so with the highest of expectations. With wins over Wexford and Offaly behind them, they had set their sights on claiming the biggest scalp of all in Kilkenny.

The young Cats had beaten Laois in the opening round, but Laois had reinvented themselves since that encounter and made a first final since 1991.

Perhaps it was that lack of recent history or pedigree which ultimately cost Laois, as they seemed to be completely awestruck by the occasion. They never got close to playing as well as they can, as their touch, their teamwork and, crucially, their confidence, deserted them when they needed it most.

For only fleeting spells of the 60 odd minutes of the game did Laois play anything close to their potential. Most of the time, they struggled with even some of the basics as the pressure of the day, as well as the undoubted class of Kilkenny, was plain for all to see.

Almost all of the breaking ball was won by Kilkenny, who anticipated the ball better, attacked it with intent and used it intelligently.

In Alan Murphy, they had the game’s outstanding player, as he hit seven points in a row for the Cats at one stage, while their defence was miserly in the extreme.

They rebuffed countless Laois attacks as their players were almost always perfectly positioned, and they never allowed Laois to get any momentum, or, for the most part, scores.

While the disappointment was all-encompassing afterwards, then it should be remembered that Laois are still in this All-Ireland series. If they can bounce back from this defeat and win their next game, they will find themselves in an All-Ireland semi-final.

As for this game, however, all they can hope to take from it is some crucial lessons and big-game experience.

Kilkenny were quick out of the traps, with Liam Blanchfield taking possession from a clever sideline cut across the field to point from 25 yards out. The Laois response was impressively quick, with Aidan Corby winning possession from Enda Rowland’s puckout, making room for himself and then popping over a lovely score.

From that point on, however, Kilkenny took control. Alan Murphy picked out his full-forward line team mate Michael Kenny and he supplied the finish from 14 yards out to score what would be the only goal of the game.

Murphy then slotted over a 65 before Liam Blanchfield struck for his second point. Vinny Teehan, on as a sub, scored Kilkenny’s fourth despite appearing to take too many steps, and another point from Kevin Kenny put Kilkenny 1-5 to 0-1 up with just under 15minutes gone.

Laois’ most threatening spell of the game came after that, starting with a 65 from Ciaran McEvoy. From the puckout after McEvoy’s score, Laois won a free 50 yards out, and Darragh Cripps drilled that over. A minute later, Joe Campion became the first Laois man to initiate the Hawkeye system when his long-range shot was confirmed to have been a point.

That had Laois back within four, but from that point on, the half was dominated by Alan Murphy. He hit six points in a row for Kilkenny, starting with two frees before adding his first from play despite coming under pressre from the Laois defence. Another free drew a response from Aidan Corby, who got a nice point from the left wing, but Murphy hit two more points before half time to put the Cats 1-11 to 0-5 up at half time.

The writing was on the wall by now, and it was clear that unless Laois got off to a flyer at the start of the second half they were going to leave Croke Park disappointed.

When Murphy bisected the posts with another free two minutes into the second half, then whatever hope remained in Laois was drained out of them.

McEvoy pointed his second 65 of the game but Kilkenny would score four more points before Laois would find the target again, this time through substitute Mark Kavanagh.

Another substitute, Ciaran Collier, scored a lovely point on the run soon after, but that would end Laois’ scoring for the game.

Kilkenny hit two more before the end to rubberstamp their success, as they claimed a 54th Leinster MHC title.