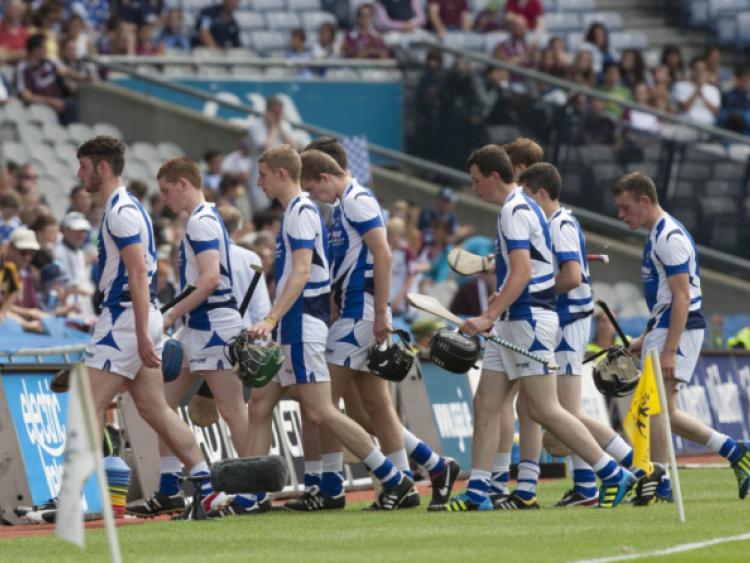 The damage created by a defeat like the one on Sunday can be a difficult thing to repair.

The damage created by a defeat like the one on Sunday can be a difficult thing to repair.

Fully grown men can struggle with the devastation of losing out on a provincial title for days, weeks, months, even years after the final whistle has gone, so it’s not hard to imagine it being particularly difficult for a minor.

Sometimes, though, the bigger picture escapes the younger mind, which tends to live in the here and now. They will make their peace with the game in time, but for now they must be reminded of how far they have come.

None of this panel were born the last time the county competed in a Leinster final, and while they may not have been successful here, they have torn down a huge mental barrier for younger players coming behind them.

What may or may not happen in the next few years isn’t much consolation for this team now, but they can be proud of their performances this year, and should know that the rest of the county is proud of them as well.

The first round defeat at the hands of Kilkenny could have broken a lesser team, but to have enough faith in their ability to bounce back is one of the most impressive things this team have done so far this year, whether they realise it or not.

As a hurling county, Laois is on a long journey to get to a difficult place, where they eventually hope to be competitive with some of the top teams in Ireland. In 2012, the win over Offaly showed that the county was catching up on the opposition.

Fast-forward to this year, and Offaly were beaten again, more emphatically this time, and then another step forward was taken with a win over Wexford to seal a place in the Leinster final.

Kilkenny would again prove to be a bridge too far in the final, but for anyone who has followed the minors this year, they will know that the performance in the final wasn’t even close to being a true reflection of this team.

Kilkenny’s hurlers come from a county which view Leinster finals as a matter of routine, while for Laois, the occasion and enormity of the day seemed to paralyse them at crucial stages. These things happen, and the only way to avoid it happening again is to keep putting yourself in that position, until the fear is gone and replaced by confidence.

To that end, Laois need to do what is both the easiest and most difficult thing in the world - keep going. The season is not over yet, even if it felt like it was at around 3.30pm on Sunday.

They are still in the last six in Ireland, and have shown they have enough character to steel themselves after disappointment. Where they will end up at the end of it, nobody knows, perhaps it’s not even the most important thing, but they owe it to themselves now to see how far they can go.

An All-Ireland quarter-final is another big game for these players to experience. It offers a chance to learn, to deal with the pressure of the game and to test themselves against one of the top teams in the country. It must be embraced with the same enthusiasm all of the other challenges this team have faced this year, and if they can do that, Laois hurling can’t help but to keep moving forward.