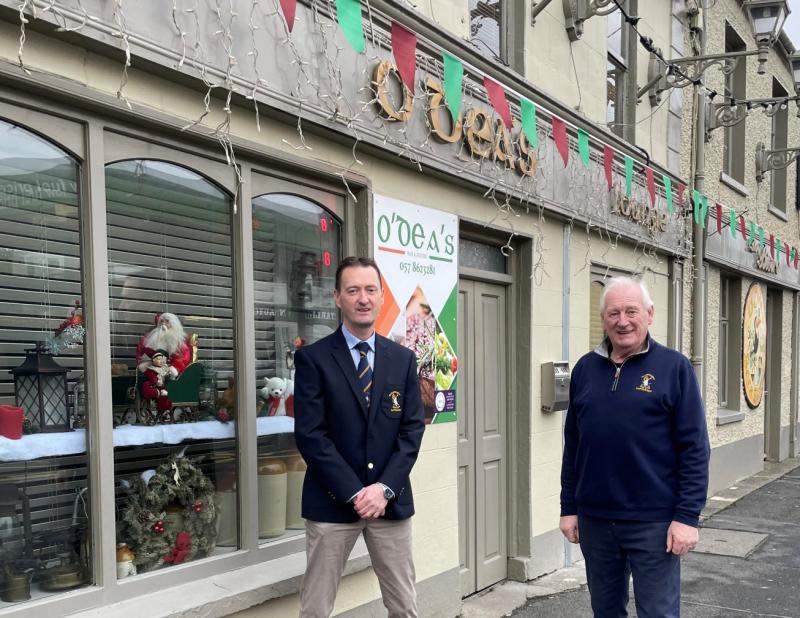 Well known local publican and restaurateur Kieran O'Dea will take over as Captain of Portarlington Golf Club for the coming year 2022.

Kieran is no stranger to the Golf Club, as himself and his brother Chef De Cuisine Padraig were Club Franchisees for several years during the 90's before setting up their own business in town.

O'Dea's Bistro has achieved many notable Culinary Awards including Best Pub of the Year, and is well known throughout the midlands for their quality food and drink. They have a great reputation for birthday parties and special occasions. All club members wish Kieran every success in the coming year.

IN PICTURES: A look back at the clubs crowned GAA Champions in Laois in 2021