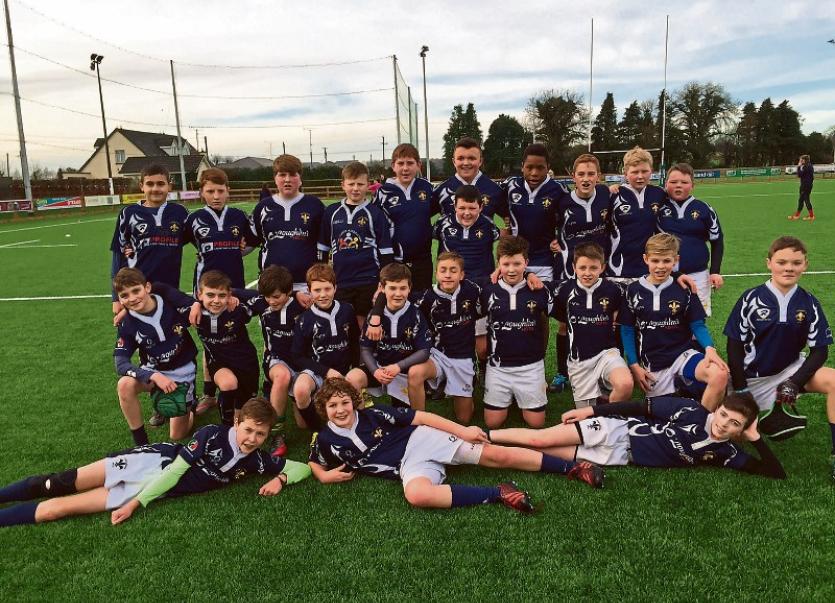 Portlaoise U-13s opened their Leinster League campaign with a convincing win away to Mullingar.

From the kick-off the visitors attacked through the forwards with some great off-loading only to be stopped short of the line. Portlaoise did not relent and in the eighth minute they were rewarded for their pressure when Simon Fingleton crossed in the corner with Liam Óg Brennan adding the extra two points.

The pressure continued from the restart and Eddie Omorgie crossing again in the 12th minute with Brennan adding the extras.

Mullingar then began to get into the game and forced Portlaoise to defend and in doing so they conceded a penalty. The home side were quickest to react and ran the penalty to score in the corner.

The response was quick from Portlaoise and with some great driving up the field through Fionn Ging, Jim Peters and Harry Rigney, Omorgie crossed for his second try which was converted by Brennan to leave the half time score 21-7 for the visitors.

Portlaoise resumed the second half as they opened the first, applying the pressure. The forwards and backs now playing as a unit with good handling and counter rucking with Dara Ramsbottom, Nathan Blundell and Paddy Sheeran covering good ground and working hard at ruck time.

Mark Kelly linked well with Fingleton and his back line, with Ben Reddin stepping up to the mark in his new role in the centre. All the hard work was rewarded in the 33rd minute with an unconverted try by Jim Peters. Portlaoise again pushed on and when they were rewarded a penalty, Kelly took it quick, passed to Daragh Buggie who crashed over the white wash to put the game beyond doubt.

The menacing runs from the back three of Dempsey, Daly and Birrane kept the home side pinned back with Dempsey unlucky to be stopped short after a brilliant individual run from his own half. The full panel played a vital role in the victory which needed fresh legs as the game was played on a 4G astro pitch, with a man of the match performance from Simon Fingleton.

Portlaoise are at home to Edenderry next Sunday at 11am.