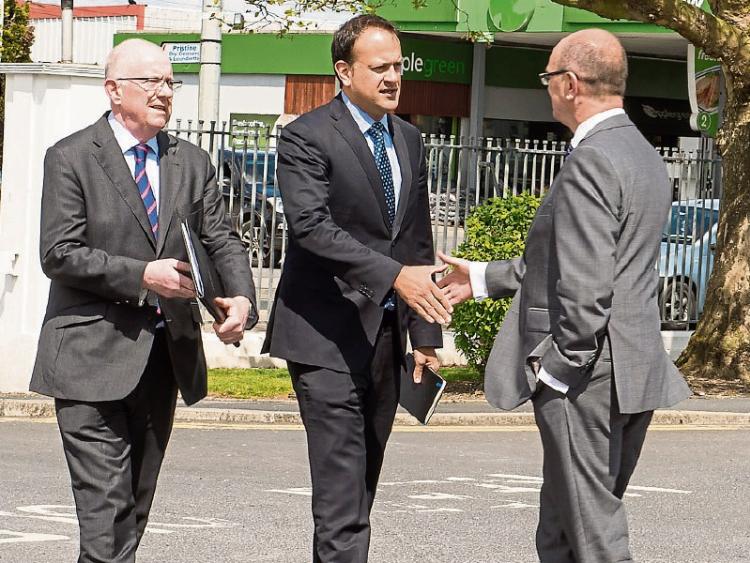 Construction work and not 'irresponsible fearmongering' is the true sign that Portlaoise hospital has a future according to Charlie Flanagan.

The outgoing Minister for Foreign Affairs condemned what he termed as fearmongering and argued that a crane is a revealing insight into the true prospects for the hospital.

“Before the election was called, I urged my fellow candidates not to reduce the hospital to a political football. Unfortunately, it is clear from what I’ve been hearing from people that outrageous and unfounded rumours are being peddled about the hospital with no regard for the fear and anxiety that this is causing people or the reputational damage that the hospital is suffering.

He said he has always advocated for the hospital. He said he is in regular contact with Dr Susan O’Reilly, who is the CEO of the hospital group, to ensure its strong future.

He reiterated Minister Leo Varadkar's claim that the hospital would maintain a 24 hour A&E service.

“This commitment is given credibility by the investment already made in the hospital in the last few years. The biggest crane on the skyline in Portlaoise is the one involved in the construction of the new Medical Assessment Unit at the Hospital – I would hope that this very visible sign of investment would paint a more accurate picture for people than any of the rumours they are hearing elsewhere,” he said.

The Minister said his colleague has committed to securing and developing the hospital in the Dublin-Midlands Hospital Group.

“Minister Varadkar has provided significant additional funding for the hospital. Sanction has been given for a number of new staff in the hospital and recruitment is underway.

“Difficulties remain and these will not be overcome if the constant stream of negativity around the hospital’s future continues. I am urging people to get behind the hospital and to express confidence in its future.

He said the hospital has had a bad time in recent years but it retains a core of “very good and very dedicated staff.” He said he fervently wishes the people of Laois that the hospital provides excellent healthcare to its patients and is “a happy place” to work for its staff . We all have a role to play in changing the damaging narrative about the Hospital and making the positive case for its continued development,” he said.