Value hard to find in small field of election runners 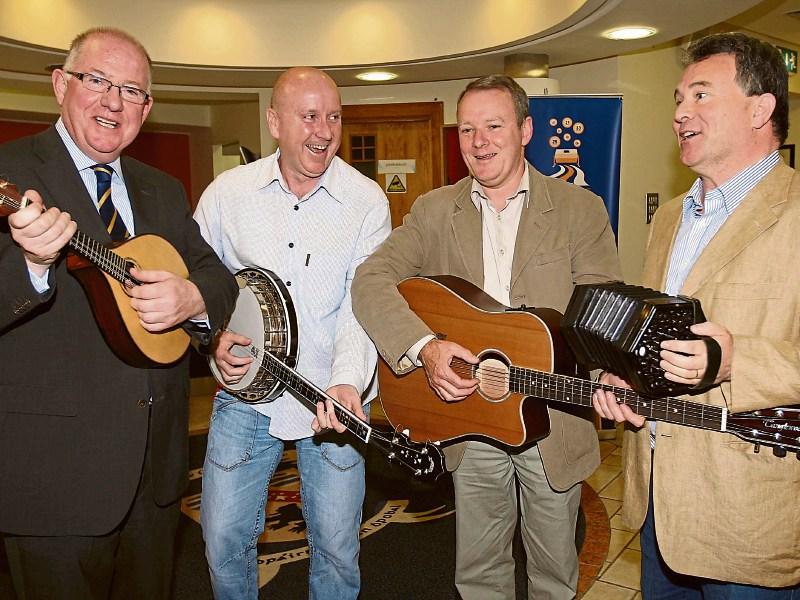 On the face of it Laois could have been one of the more interesting three seat constituencies, but last week it was labelled the most 'boring constituency' in the country.

It is not hard to see how the pundit in question came to this conclusion.

There are already three sitting TDs in this new three seat Laois constituency which includes part of Kildare. Fianna Fáil and Fine Gael dominate with one seat each while the third is held by Sinn Féin who's closest challenger is in the embattled Labour Party.

One of the six, Sinead Moore of the Green Party, is a rank outsider. While Thomasina Connell of Fine Gael will have to pull out all the stops to get into the reckoning.

Any external assessment of the vote gives Senator Whelan only an outside chance of unseating Dep Stanley. Not because the Senator is a poor candidate, but because is party is polling terribly.

One bookmaker has put Sean Fleming as redhot favourite at 1/66 to top the poll. He is followed by Minister Flanagan at 1/50 with Dep Stanley taking the third seat at odds of 1/10. Sen Whelan is a 3/1 outsider with Thomasina Connell at 9/1 and Sinead Moore at 100/1.

It will be hard to have a good value punt on the Laois constituency on the basis of these odds.

But it is not totally boring.

If Sean Fleming romps home FF will surely be kicking themselves that a lost opportunity of a second seat passed them by. John Moloney's name will be on everybody's lips in the count centre if Dep Fleming is elected in a landslide.

But the inside line from FF is that running a second candidate would have been “too much of a gamble”.

Its director of elections, John Moloney said the party views this election as a “referendum on FF.”

The party is buoyant with its canvas. Forgiveness is in the air? There may be a sense that if Sean Fleming gets a huge vote he will be in line for a cabinet seat if FF gets into power. If he does it will be some turnaround for a candidate who managed just 6,000 odd number one votes in 2011.

The absence of a second candidate confirms that the party remains unsure of itself when facing voters.

In the Fine Gael camp, Thomasina Connell has run a vibrant and refreshing campaign. With no electoral experience she has thrown herself into the mix. She has also tried to establish a base for FG in Monasterevin.

Charlie Flanagan's campaign must have been affected by the fact that he has been a Government Minister. Ministerial duties abroad would have kept him away from home turf until late in the day. While he is likely to be returned, local issues could dent his vote.

Big doubts over Portlaoise hospital's A&E and an abscence of significant job creation are likely to impact on his first preference vote, but it would be amazing if he is not returned.

There is some concern in the ranks that FG's campaign nationally is not helping canvassers on the ground. Hoever, they remain condfident that voters will swing back towards the party on the basis that FG will ensure a maintenance of stability.

An FG source say coalition with FF is coming up on the doorsteps.

There is also a sense that people are much more wary this time of what polticians are promising.

The only possible battle on the cards is for the third seat between Sinn Féin and the Labour Party candidate.

There is no love lost betwen Dep Stanley and Sen Whelan. They have clashed many times in the run up to the election, primarily over SF's IRA baggage.

His team say their canvas started in rural areas in December 2014. They say that doors are no 'longer slammed in the faces'. They believe that if John Whelan could not win a seat when there was a wind behind Labour he will find it very difficult with Labour facing a gale.

Many Senators disappear after election but John Whelan has been the equivalent of a fourth TD since 2011. He has been to the fore on schools and Portlaoise hospital, and also campaigned on wind turbines, pylons and pollution in Portlaoise. He also was involved in the election of a Portlaoise Labour councillor in 2011.

Happy with the canvas his camp is aware of the 'dissillusionment on the doorsteps. He will have to run Dep Stanley close in in the first preference showing to be in with a shout, but he is throwing everything he has into the race. The final week could be crucial.

Thomasina Connell's director of elections, James Deegan sums up the choce facing voters, “You don't have to love them to vote for them”.