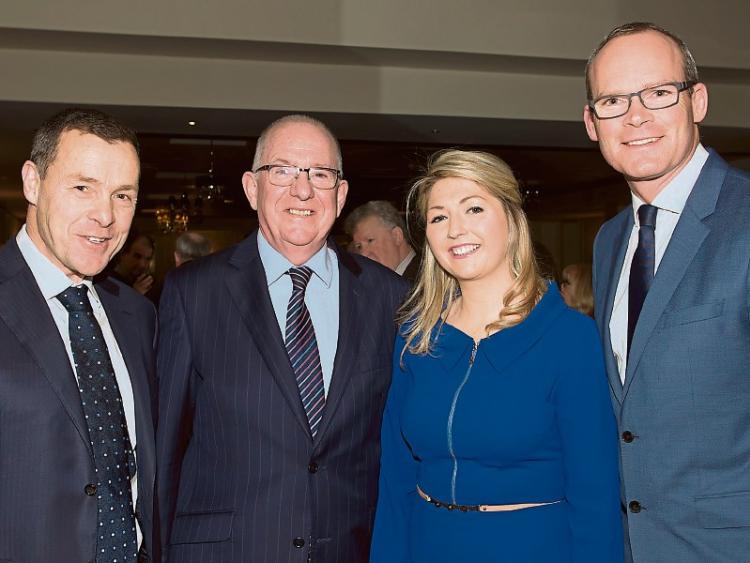 Years in office delivering to their constituents meant topping the poll was often a foregone conclusion.

That all changed in 2011 when the Fianna Fáil and the Green Party Government was filleted by voters on the back of the country's crash.

Fine Gael Ministers have spent five years mainly in cutback mode. This means that there is a much smaller election war chest.

Charlie Flanagan faces the added problem that he has only been a Minister since 2014. As Minister for Foreign Affairs & Trade, he has been out of the country many times and his department does not have much of a budget for domestic or local projects. He believes local voters will understand these challenges.

“I'm very proud to have served as a cabinet Minister conscious of the fact that this Government was faced with a huge and daunting challenge to bring the country back from bankruptcy to a sound economic footing. We committed to fixing the economy in 2011 and we have done that to some measure,” he said.

He wants to continue the job of getting people back to work and to make work pay. He is aware that austerity has meant that services have not benefited but insists the Goverment was unable to invest because it was “handcuffed” by the the Troika for the first three years of office.

But, he says Ireland now has strong economic growth and 135,000 jobs created.

He says Laois lost 4,000 jobs during the crash. He accepts that public sector workers have suffered hardship. He hopes FG can “give back” to these workers if returned to office, but he makes no promises.

“I don't do stunt politics or make wild promises. I am accountable for the committments I have made and I don't have the luxury, that perhaps some of the other candidates have, of making promises that ultimately I can't deliver,” he said.

He admits that the campaign has been difficult owing to austerity and he rejects the notion that it will be an easier campaign because there are just six candidates.

The Government has not sorted out the health services, and the continued wisdom of reconfiguring hospitals by removing some services like Portlaoise's A&E holds sway in the HSE.

The Minister admits that the future of services at Portlaoise hospital is coming up on many doorsteps. He concedes that people want specific answers on what is happening.

He says he has been criticised nationally for taking a 'local view' to keep services at Portloaise hospital.

“I make no apologies for this. I will continue to be a strong advocate for services here in Portlaoise, especially when the hospital was so badly treated in the past by Fianna Fáil in particular,” he said.

He says maternity services have improved through partnership with the Coombe Hospital. He wants local people to look to the positives, such as the cranesnow building the new Medical Assesment Unit.

As to the A&E's future he makes no commitments on what services will be there in future, but he believes it is important that it be retanied

“There are various reports in the course of preparation, the most pressing of which is Dr Susan O'Reilly's (CEO of the Dublin Midland's Hospital group). I would like to see that published and put out for consultation among the stakeholders,” he said.

Minister Flanagan said they “took seriously” the views that there is no reduction of A&E services in Portlaoise. He regretted that Dr O'Reilly has not met with the Laois GPs

He declined to comment specifically on warnings from consultants that what the HSE is planning is unsafe and risky for patients.

“There were 750 people in there (the A&E) in January there are between 35,000 and 40,000 visitors every year. This is proof positive to me that the A&E in Portlaoise is vital. Having said all that there is an acceptance on behalf of the people of Laois that complex surgery will not be performed and hasn't been for many years,” he said.

He pointed to the challenges and opportunites for Portlaoise in linking up with Dublin hospitals in the hospital groupings.

Overall, the Minister has big problems with the performance of the HSE on both the A&E and the maternity issues. He acknowledges that it should have been scrapped as promised.

“I regret that in the past five years that we haven't abolished the HSE. I want to see it reconfigured. I am not happy with HSE, the decision making unit or the accountability,” he said.

Job creation is a mantra for FG in this election and there is a long way to go in Laois. Outside the public service, retail and farming there is no big sector.

Minister Flanagan, who had the job of promoting trade abroad, said he remains “disappointed” at the IDA's marketing of Laois, despite the fact four overseas companies visited Laois in 2015.

He said there are 1,300 jobs in Irish owned Enterprise Ireland supported firms in Laois. He said the Laois Local Enterprise Office is also taking on an intensive role in helping business.

As to whether Laois has been left behind in job creation, Minister Flanagan pointed to a fall of 20 per cent in the live register.

“People are returning to work but of course that needs to happen in greater numbers. I am concerned that thousands of people are commuting to Dublin each day but it is better than seeing them emigrating to Sydney. But, of course, what we should be doing is bringing jobs to people, rather than bringing people to jobs,” he said.

He believes the State can afford to lose €4billion by abolishing the USC. He believes all jobs lost in the crash can be restored by 2018. Achieving both will have a spin-off for prison officers and other State employees.

“People (public servants) want to see a benefit in their pay packet. The squeezed middle includes thousands of public servants who have made the sacrifices. Now that the economy is in recovery mode, it should be a priority of the Government to acknowledge and relieve that hardship,” he said.

Fine Gael has worn the badge of the law and order party for many years and catching criminals is a policing issue influenced by political decision. Since 2011 gangs have exploited policing cuts to roam the countryside. Laois towns are, arguably, less safe .

Minster Flanagan accepts that motorways have opened access to criminals. He said Gardaí will and have been equipped to deal with these, with extra cars and more new gardaí. However, he refuses to committ to reopening smaller garda stations or restoring a 24-hour station in Abbeyleix.

“For rural crime I would far prefer to see rapid and regular patrols at night on motorcycles, cars or checkpoints. I think we can offset any downsides of closures. I firmly believe that it is more important to have gardaí out of offices than in them.” he said.

The Minister does not foresee an FF/FG deal.

“I don't believe we can go back to the old days of Fianna Fáil. It would be a disaster for our country to undo, by short-term promises and stunts, what has been an extremely difficult endeavour to be in charge of our affairs again,”he said.

He does not deny that there is a view in FG that a deal could be done with FF, but he would find it tough to stomach. He conceded that voters are in charge.

“I would find it extremely difficult to work with people who presided over the wrecking of an economy. I don't see it as being an option. I am working towards maximising the FG vote and seats. Ultimately the people are sovereign,” he said.

Minister Flanagan worked in Northern Ireland to hammer out a deal between the DUP and Sinn Féin. He sees “no parallels” between SF and the DUP and FF and FG.

He admitted that stable government was the key result, but he could not see this achieved by working with FF.

“Stability is the most important thing that the Irish people want out of this election but we cannot go back to the spend and splurge days of Fianna Fáil,” he said.

However, when pushed on what he would like to see happening if FG was left with a choice between FF or Sinn Féin as partners, he would not be drawn for a comment.