'Everybody made mistakes but FF has learned from theirs' 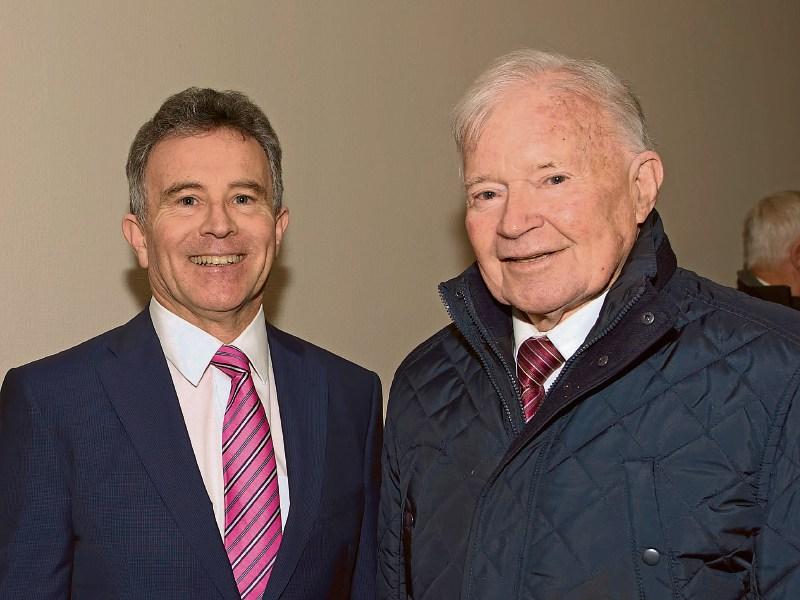 Sean Fleming, 58, from Castletown has been a Fianna Fáil TD since 1997, and is hard on the campaign trail hoping to get his party back in government.

Rated as a certainty to retain his seat in the new Laois South Kildare constituency, Dep Fleming believes Fianna Fáil will go into coalition with Labour to form a new government.

“The people want this government out and Fianna Fáil is the alternative, and we have shown consistently over the years that we have been a good government when we’re in,” he said.

Fianna Fáil has learnt from mistakes he says.

“Everybody has made mistakes in the past but Fianna Fáil has learnt from those mistakes. Our election manifesto is promising less in terms of tax cuts and giveaway money to people than any other party, and even Fine Gael are now promising more money to throw around the place,” he said.

The chartered accountant is a member of the Dáil public accounts committee, and FF spokesperson on public expenditure and reform.

The biggest issue on doorsteps is Portlaoise hospital.

“Health is the biggest issue by a mile, but specifically the hospital. And the decision last September to announce the cutback of A & E hours. They say they’re waiting for a report but people believe that after the election they will scale down the hospital and reduce services from 8 to 5. Staff go home at 8pm, so they would be closing doors at 5pm to clear it,” he said.

He raised his concerns over the A&E with Health Minister Leo Varadkar just before the Dáil dissolved .

“He said they were looking at the impact on neighbouring hospitals. That to me says they are already seeing where they can transfer the patients from Laois. And that means they are actively planning to do this,” he said.

His solution is “simple”.

“We had a problem with the maternity unit in Portlaoise, they admitted their mistakes, employed an extra 21 staff and we now have a good maternity service. The exact same needs to happen, they need to resource and staff the A&E, not close it down or cut it back, closing it down by stealth,” he said.

“I’m calling on the government to withdraw the announcement to examine the A&E. Additional staff and resources are required. Fianna Fáil is committed to employing additional staff in health services,” he said.

There is no recovery felt in Laois he said.

“The next biggest issue we are hearing is how tight the public are with all the cutbacks. People who are on pensions or low wages are saying to me, we’ve got the property tax, the water rates, and the elderly people have had their telephone allowance cut. Some have lost medical cards. People haven’t felt the recovery. It might be in Dublin, but it ain’t in Laois. Their circumstances have not improved despite what the government is telling us. People are asking ‘what recovery are they talking about?',” he said.

“It’s all tied in to the cutback in public services, take Abbeyleix region for example. They’ve cut the hours in the Garda station, and closed the station in Ballacolla and Ballinakill, and that’s making it easier for the criminals. We have proposed in our plan, to put CCTV cameras on all motorway junctions. If there is crime or burglaries, the Gardaí can check all the cars going back onto the motorway from local roads,” Dep Fleming said.

Asked why Laois should vote for Fianna Fáil after the legacy of the economic crash, he says people should look at their long term record.

“If you take the long term view of Fianna Fáil, which I hope people do in politics, it’s not just about one election only, Ireland has been led by Fianna Fáil governments most of the time,” he said.

He notes the drop in support for Fine Gael.

“We have a Fine Gael government in, and everybody has said they are not going to be reelected with a majority, so the people seem to have decided,” he said.

Will his party go into coalition with Fine Gael?

“I would hope not. We are contesting the election against Fine Gael, if I wanted to go into government with Fine Gael I’d go join them and I’ve no intention of doing that,” Dep Fleming said.

“The most obvious group for us to start with is the Labour party, Fianna Fáil have been in government with the Labour party before and it was a good government. That’s where we would start. We would have to see what numbers the different people have,” he said.

He points out that some European countries have three parties in government, lasting for full terms.

Laois has been named by national media as “the most boring constituency” with only six candidates, three being established TDs, going for three seats.

Dep Fleming agrees it is not good for democracy.

Other problems in Laois include poor infrastructure which he labels “a disgrace”.

“The condition of the local roads is being brought up because people now see 30 percent of all motor tax goes to Irish Water instead of going to the councils, so the money people are paying on motor tax is not going on the roads and that’s a disgrace, that’s something I highlighted in the public accounts committee. The issue of broadband and mobile phone signal is still a disgrace in a lot of parts of Laois,” he said.

He was at a recent meeting on flooding in Durrow.

“People are looking for a proper programme for dredging rivers, as there was thirty years ago. There are other reasons for flooding, more rain, climate change, but with that they should keep rivers clear,” he said.

His aim if re elected as TD is more local employment.

He agrees that a lot of the jobs lost were in construction during Fianna Fáil’s tenure.

”Portlaoise had the biggest increase in houses in any town in Ireland, but we could do with a better spread of jobs now, not just in construction,” he said.

He believes small businesses are the solution.

“Primarily the small and medium sized businesses, rather than the big IDA factories, that would be wonderful but if anyone thinks they are going to arrive. There are 7,500 people in Laois on jobseekers allowance at the moment. Jobs created in many small local businesses of 2, 5 or ten, are better than one multinational factory which could go,” he said.

His final message is to ask people to get out and vote.

“The message I’m getting out there is people are not happy with this government. Fianna Fáil is the alternative and I ask people to support us,” Dep Fleming said.