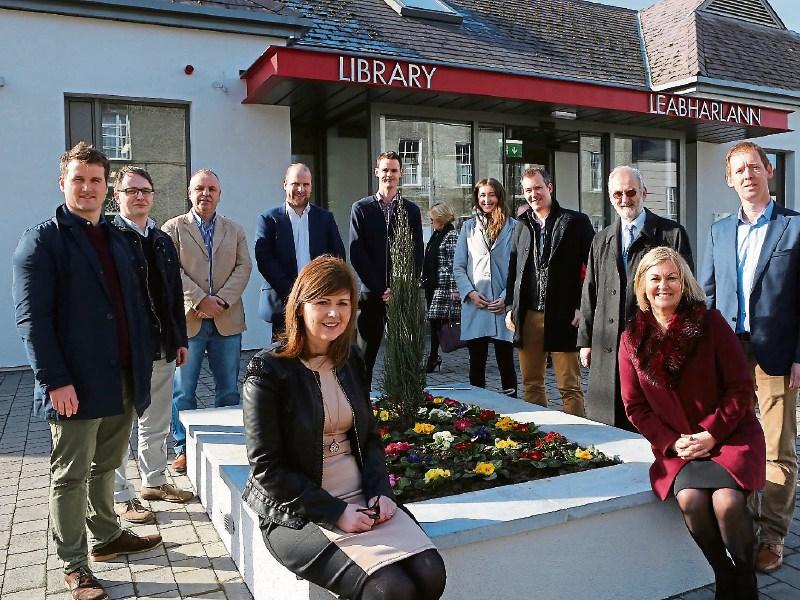 County hall is “indifferent” to Portarlington, claims Sinn Féin Cllr Aidan Mullins, who has the backing of senior management in his call to upgrade the town.

“Portarlington is not getting its fair share. It’s not intentional, it’s just indifference. Look at other towns, there’s never an issue with getting pedestrian crossings, lights or junction boxes, and the new CEO is looking at more development of Portlaoise. Not a word about Port, the second biggest town in the county,” said Cllr Mullins.

He was speaking at the February meeting of Graiguecullen Portarlington municipal district, where Head of Finance and Housing Gerry Murphy agreed.

“I welcome the request to look at Portarlington. I’d agree, it’s a town that needs to be upgraded. We could put together a plan for the town. It could take two to three years, but that’s areas to be done, not to be looked at,” he said.

Cllr Mullins pointed to the problem of derelict houses.

“We had one derelict site put on the register. Some rusty sheets were nailed to it and it was immediately taken off the register. To me that’s an abdication of the council’s responsibility,” he said, while empty apartments, for sale on Bracklone street and French church street, “took years to get boarded up”.

“I think the council walked away from that as well,” he said.

He said that promised streetlights are still awaited at the community centre and on Bog Road, while spare solar compacting bins from Portlaoise were promised but have not been installed.

“I was told trees could not be planted on the streets because of underground services, but in Portlaoise, Mountmellick and Abbeyleix that’s not a problem. Junctions and mini-roundabouts, we’ve been looking for them for years and been ignored. I’m convinced we’re being fobbed off. Things need to change,” Cllr Mullins said.

Fine Gael Cllr Tom Mulhall agreed but pointed out positives like the new library and the completion of unfinished housing estates.

“I was over there canvassing as it’s now in my area. Whoever gave planning permission, it was an act of lunacy. Acres of apartments, all empty. Port is like a second class citizen,” he said.

“There are 38 housing estates on the Laois side of Port, and locals on the housing list ringing us who would be damn glad of an apartment,” agreed Cllr Mulhall.

Senior engineer Henry Ritchie stated that there was a meeting with Port tidy towns in 2015 on enhancing the streetscape. Money has been secured to upgrade the parapet and railings on the Barrow bridge at Patrick Street, with Offaly County Council to be asked for more.

The roads section is “planning to look” at upgrading junctions, while bins will be considered in coming weeks.