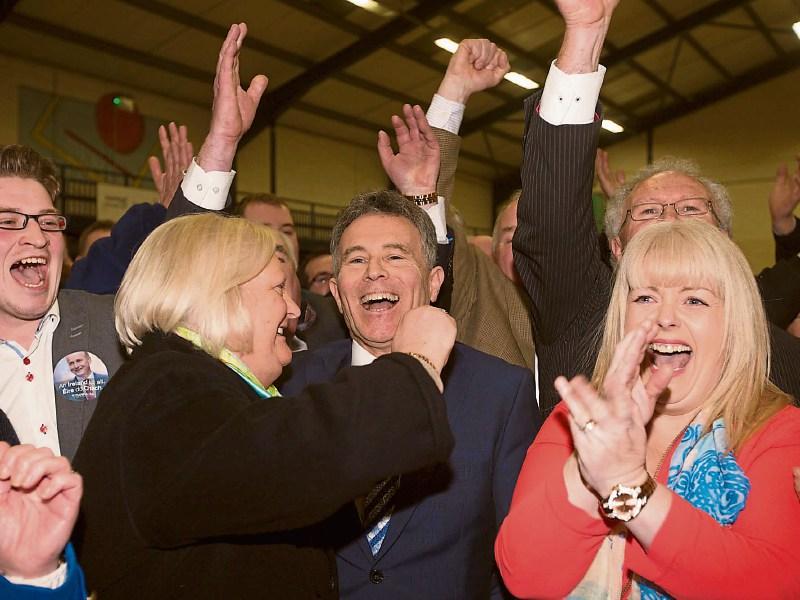 Fianna Fáil's political revival in Laois was marked by a historic electoral win, the scale of which even left them taken aback.

However, in the wake of the election, neither of Fianna Fail's or Fine Gael's TDs in Laois would rule out an end to Civil War divisions by forming a government.

Sean Fleming won the first ever seat in the new Laois constituency, taking more than 13,600 votes.

“I am still trying to figure out why they came out in such large numbers (to vote for FF),” said Director of Elections, John Moloney.

The victorious TD said he would prefer not to govern with Fine Gael .

“It’s not my preference to go into coalition with them. I would prefer to keep us as an alternative to them.

“But there will be a lot of pressure from Fine Gael for us to go in with them,” he said.

Flanagan is playing his cards close to his chest on what should happen next but has not ruled out a coalition, saying there is a duty to form a government.

“There is a duty on 158 TDs to elect a Government. The people have spoken and elected representatives are now charged with the responsibility of responding,” said Minister Flanagan.

Sinn Féin's Brian Stanley ended up with more than 10,000 votes. His party also won a seat on the Offaly side of the old five seat constituency. He wants to see change before coalition. “We won’t be jumping to get into government. The only reason we want to get into government is to bring about political change. It is not about us being in power,” he said.