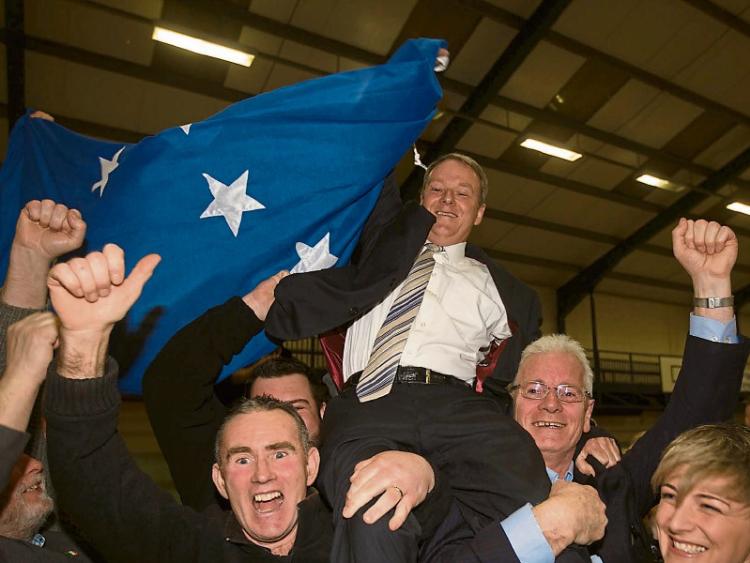 Sinn Féin will be delighted with the performance of Brian Stanley on a number of fronts.

He held a seat, put a Government minister into third place and saw off a fierce anti-SF challenge from Labour.

His substantial 8,242 first preference vote is also a big signal to FF that his seat will not be won back easily.

But he now must be the poster boy for his party’s long term project of building seats on the back of a strong foundation.

His first local election in Portlaoise in 1999 ended in defeat. Some 17 years later he has retained a Dáil seat he won in 2011. Not alone that but SF have built on his Laois-Offaly win by taking a third seat in Offaly this time around against all the odds. He has been instrumental in all of this

But modesty should be Mr Stanley’s middle name and it is not a bad card to play at an election time. He said he wanted to thank the people “from the bottom of his heart” for returning him.

He said the Government over promised and exaggerated the money available to them to spend. He also said they neglected to deal with issues such as health, policing and housing.

He said the Labour candidate John Whelan should have been telling Government Ministers to take its hands of Portlaoise hospital and not put it up on billboards. He describes the adverts as “ridiculous”.

“We were subjected to more than the usual tsunami of abuse, attack and black propaganda from a number of different quarters,” he said.

He said SF in Laois/South Kildare is “very focused”.

“The view we took early on was to go out and say it as it is. Don’t overpromise. Be realistic and be committed to providing an alternative. That paid off.

“The wise and fair-minded people of the constituency made up their own judgement on me,” he said.

The TD does not believe he would have faced a bigger battle if FF had run a second candidate.

“What this shows is that we have consolidated that left republican vote for a progressive way forward.

“At the end of the day Fianna Fáil are right of centre in the very same space as Fine Gael,” he said.

“The people of this constituency will devour any Government party that attempts to downgrade the A&E.

“I will be doing my utmost to protect it and improve the service at the hospital,” he said.

“They were promises given before an election. I am talking about guarantees after an election. I could not see us going into a government that would have as part of an agenda to close the second busiest emergency department outside of Dublin,” he said.

Dep Stanley said there are “red line” issues such as the abolition of water charges and property tax before SF goes into coalition with FF or FG.

“It is not about us being in power,” he said.

As to the future leadership of Gerry Adams he said “all issues around the table would be reviewed.”

While he said Gerry Adam is a “very good leader” Mr Stanley said the SF leader “would not be around forever” and SF was “in transition”.

Dep Stanley did not believe the settled line up of TDs and small list of candidates means Laois would become a ‘soft touch’.