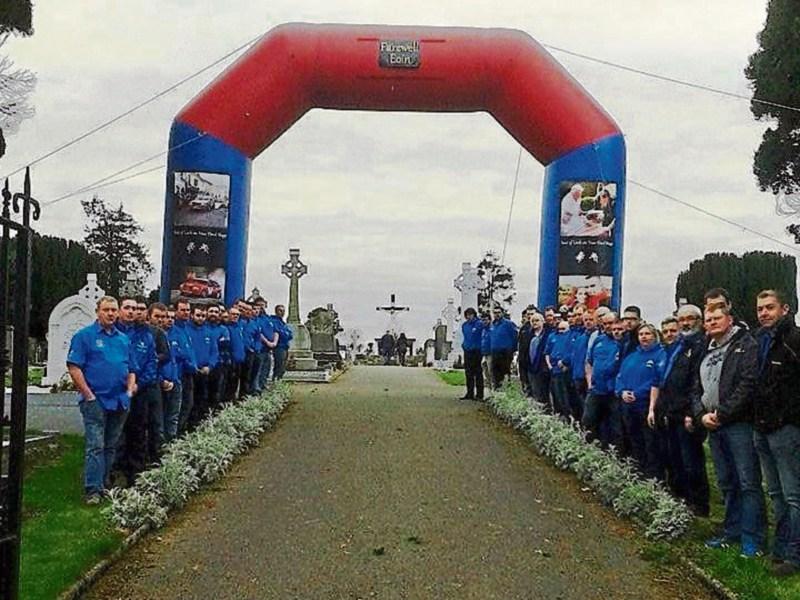 There was double tragedy on Laois roads last week, when two separate traffic accidents resulted in the deaths of a pedestrian and a Mountmellick motorcyclist.

The first accident occurred on Tuesday night, March 8, on the N80 old Dublin road, at Dysart, near the Rock of Dunamaise, which took the life of Tipperary county councillor Willie Kennedy, aged 64.

At approximately 8.30pm Cllr Kennedy was leaving the funeral of a local man, and walking back to his car parked on the road, when he was struck by a passing car and seriously injured.

Cllr Kennedy was treated at the scene by emergency services personnel and removed to Midlands Regional Hospital Portlaoise, where he was pronounced dead.

The driver of the car, a local man in his 50s, was uninjured.

A stretch of the N80 between Stradbally and Bloomfield was closed to traffic the following day while Garda Forensic Collision Investigators examined the scene.

Cllr Kennedy was a close supporter of Independent TD Michael Lowry. He was remembered by his colleagues as a “true gentleman”, and “one of a kind”.

From Borrisoleigh, he was laid to rest last Thursday March 10, and is mourned by his wife Betty, two daughters, son, brothers and sisters, and wider family and friends.

Less than 24 hours later, the county was shocked again to hear of another death on a nearby road.

A talented rally driver, he was seriously injured when the motorbike he was riding was in a collision with a car at aproximately 7.20pm on the old Portlaoise to Ballybrittas Rd(R419) at The Heath.

He was taken to Portlaoise hospital where he was later pronounced dead.

The driver of the car, a local lady aged 75, was also taken to Portlaoise hospital with non life threatening injuries.

The road was closed until the following day for forensic collision examinations .

Following reposal at his home on Friday, Funeral Mass was held in St Joseph's Church on Saturday March 12 and he was then laid to rest in St Joseph's Cemetery, with a large attendance at the funeral.

A guard of honour was formed by the members of Laois Rally Sport-club, with a rallying finish ramp installed inside the gates.

“To our dear friend Eoin, we hope you got the send off you wished for. The crowds that attended your funeral just goes to show how loved you are. We as a club are honoured to have you as part of us and you will forever be part of us. It was with heavy heart that we stood with you while you crossed the finish ramp one last time but for you it was your start ramp to eternal life to rally with the rest of the legends in the sky. Goodbye Eoin, you will forever be in our hearts, watch over us on the stages,” the club chairman said.

He was also a talented footballer, first playing in Juveniles with Ballyfin GAA, and then for Mountmellick, where he played on the Intermediate Championship winning side in 2006.

The deaths are the first two road traffic fatalities to take place in the Garda division of Laois and Offaly in 2016. Last year, there were eight people killed in collisions in the two counties.

Gardai are appealing for witnesses to either accident to contact Portlaoise Garda station on 057 8674100, the Garda Confidential Line 1800 666 111 or any Garda station.