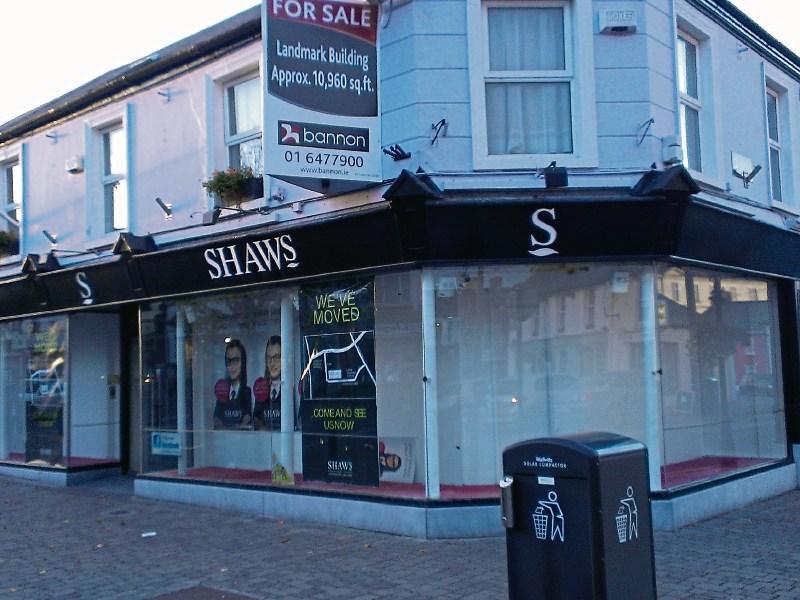 The CEO of Laois County Council is confident that €1.65 million can be raised locally to match a government grant for a new library in Portlaoise.

The library is to be based in the old Shaws department store on Main Street, a transformation which is hoped will revitalise the town centre.

“This is a €3.2 million project, with €1.65 from the department, and the balance to be found locally. Depending on things go, we hope to hold it at €3.2m. We have the capacity to be able to fund (the balance) over the next couple of years,” said Chief Executive John Mulholland at the February meeting of Laois County Council.

The work may uncover historical architecture of the town he said.

“This is a zone of architectural conservation, and there will be an architect on board to help interpret the medieval foundations,” Mr Mulholland explained.

Portlaoise voters were surprised to learn that the government grantwill only cover half the cost, according to Cllr Willie Aird.

“People thought that grant was going to build the library, it’s not near it,” he said, asking for a timeframe and an outline of the project,

2016 will be taken up with perfecting the library's design and consulting with nearby businesses and residents, according to the Director of Services for libraries, Michael Rainey.

“The tender for a design led team is being advertised this week. We are now at design and planning stage, and will spend most of this year getting that right, and then go to Part VIII stage. By the end of this year or start of 2017, it will go out to tender for construction,” he said.

The council bought the vacated Shaws store for €450,000 in late 2013, but had to wait a further two years for government funding, finally announced just before the election.

The building on lower Main Street in Portlaoise will be converted into a modern library and art gallery.