Easter celebration of the 1916 Rising

Heritage Mountmellick to host celebration to commemorate the events of 1916 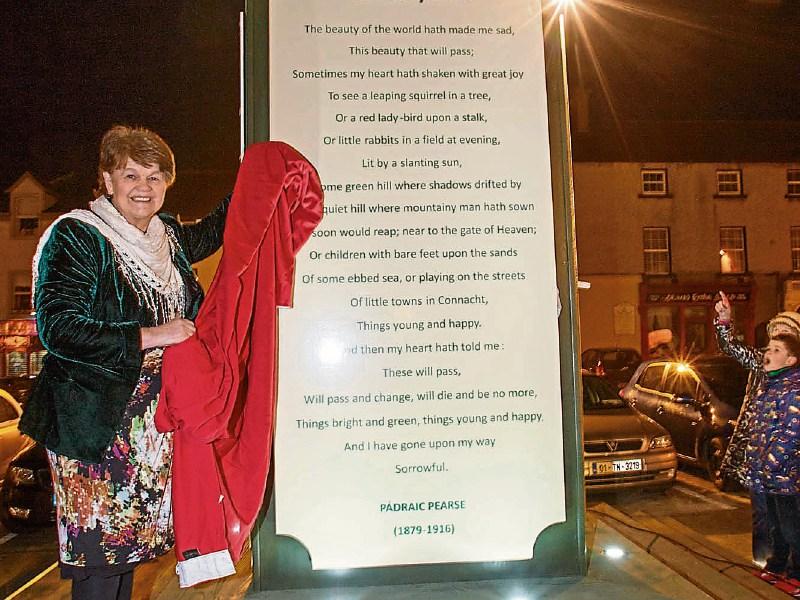 Mountmellick hosts Laois' commemoration of the 1916 Rebellion this Easter Weekend.

The Laois Republican Centenary 1916 Committee's event takes place on Easter Monday, March 28 as part of the national celebration of the Rising.

The event, which is supported by Laois County Council, gets underway with a special Mass in St Joseph's Parish Church at 10am. Mountmellick's PP, Fr Michael Murphy is the chief celebrant and a number of choirs have been invited to take part.

The Mass will be followeed by a parde led by Churchtown Pipe Band to Mac's corner and back to the Owenass Hall. People taking part are encouraged to wear clothes that would have been worn in 1916.

There will be a display of 1916 artefacts and items in the Owneass Hall where presentations will also be made to the winners of poetry and art competitions.

On completion there will be another march to O'Connell Square for 1pm.

Events here feature a re-enactment of the seven signatories, music poetry and speaches.

Historian Leon de Barra will profile each of the signatories to the proclamation.

Jim Fleming of the Laois Heritage Society and the Laois Commemoration Committee will speak about events in Laois in 1916.

Following the speeches a time capsule, containing items past and present, will be buried in O'Connelly Square. This will be covered by a commemorative plaque.

The event is due to conclude at 2.30pm and the organisers are hoping for a big turnout.

The morning parade and the burial of the time capsule will go on regardless of the weather. However, the organisers say that the second parade and related events scheduled for O'Connell Square may be moved to the Owenass Hall if the weather is bad.

Meanwhile, a day earlier, the Laois 1916 Commemoration Committee is holding a Centenary Commemoration Event at the 1916 Memorial Monument at Clonad, Portlaoise on Easter Sunday, March 27 at 12 noon.

The event features a narrative of events that occurred in Colt in 1916 where the the first shots of the Rising were fired. The Proclamation will be read and there will be an oration to mark the event.

The committee is calling all people with an interest in 1916 and subsequent events that lead to independence to attend at Clonad on Easter Sunday. The location is on the road between Portlaoise and Abbeyleix.

The organisers say it will be a short dignified event and everyone is welcome to attend. Conctact details: Secretary: Jim Fleming – 087-2663573

Sinn Féin will hold their 1916 centenary celebration this Easter Sunday. People are asked to assemble at the Heath School at 2pm and parade from there to the Republican Monument.

This will be to commemorate and celebrate the achievements of Easter week and the role that Laois people played in it and the subsequent struggle for independence.

Everyone is welcome to attend and join in celebrating the centenary of the rising.

Mountmellick's 1916– 2016 commemoration committee is hosting an event at the newly developed 1916 commemorative Garden at Derrycloney Bridge on Sunday April 3 at 3pm.