Flanagan marches in the Big Apple 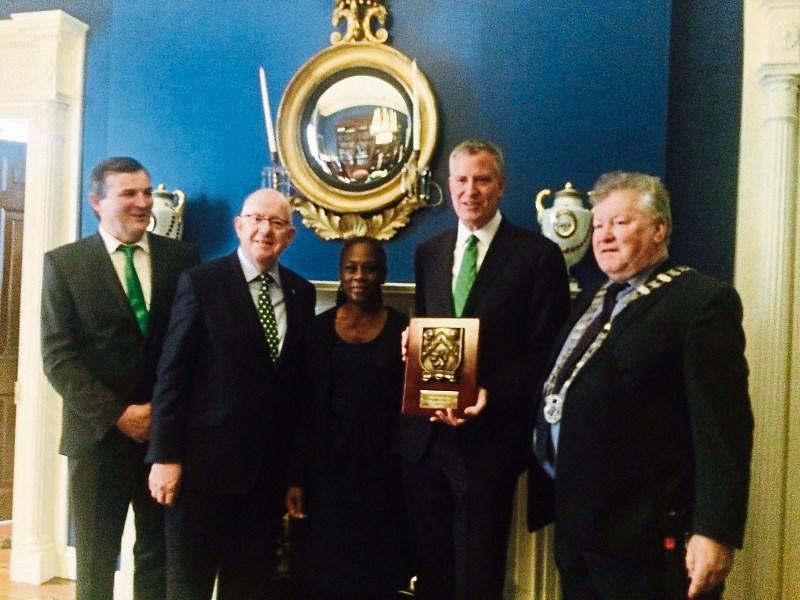 Minister for Foreign Affairs and Trade and Laois TD, Charlie Flanagan represented the Government at a series of events in New York City to mark St. Patrick’s Day.

This included an historic St Patrick’s Day Parade which includes Irish LGBT groups marching behind their own banners for the first time. Governor of New York State, Andrew Cuomo, and the Mayor of New York City, Bill de Blasio also marched in this year’s parade.

“In Ireland we have achieved great strides forward in creating a more inclusive and welcoming country for members for our LBGT community, the high point of which was the same sex marriage referendum in 2015. I am pleased to see a very inclusive parade this year as I have met many of those involved and urged progress on this issue on my very first visit to New York as Minister.

“I am also proud to march with the Irish Unit which comprises our soldiers and peacekeepers and reflects the enormous contributions of Irish troops and police to peacekeeping. It is also reflective of the huge contribution that Irish emigrants have made to public services in New York City and across the United States.”

“ Ireland has a very positive story to tell and I encouraged our American friends to visit us in the coming months.”

Minister Flanagan addressed guests at the Mayor’s St Patrick’s Day Breakfast before attending the traditional special service in St Patrick’s Cathedral. He marched in the Parade with the Irish Unit which comprises Finner Camp, 28th Infantry Battalion, E Company Reservists and a contingent from An Garda Síochána. He also attended a series of community receptions.