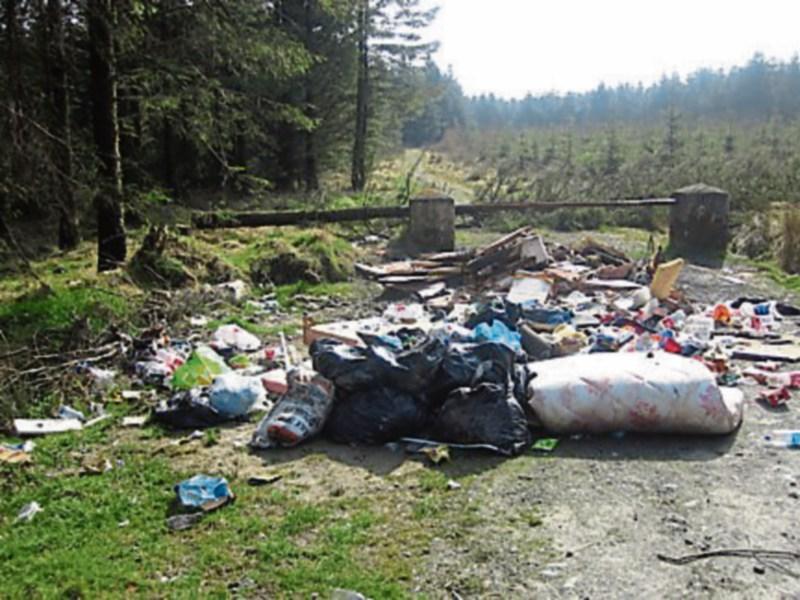 Laois county councillors want the law to allow for the ‘name and shame’ of people fined for dumping rubbish and litter.

Requesting an update on the council’s litter policy at the February meeting, Cllr Tom Mulhall asked that dumpers’ names be made public.

“It’s such an issue. Coillte has spent €15,000 already this year collecting litter from forest entrances. Fines don’t become public, but I’d like to see a name and shame, this is destroying our countryside. In Emo and Ballybrittas there is over 1,000 acres of forest. The last thing people want to see is mattresses, chairs and black bags. We don’t want Laois branded as a dirty county. Names need to be made public,” he said.

“ The chair of the Strategic Policy Committee asked for a ‘name and shame’, and was told that legally we can’t. After housing, this is the next serious situation in Laois,” Cllr Fennelly said, suggesting bigger penalties.

“If you reported it, at least you would know there was a result,” added Cllr Moran.

Cllr Padraig Fleming had praise for the the litter wardens.

“They don’t just sit around all day, they are out a day after a report, but the fines should be a lot tougher,” he said.

“The staff have to go through rubbish (to identify owner). It is disgusting in this day and age. There could be nappies or anything,” he said.

“This is coming in summer, and will bring more troubles, with people putting their rubbish in someone else’s bin. Perhaps we should revise our policy now and pre-empt that,” he suggests.

“Our litter wardens are over worked. There will come a time they can’t do their job,” said Cllr Mulhall.

The council investigates all dumping complaints, taking evidence and photos. If they trace an owner, a fine is issued. If not paid in 28 days, legal proceedings follow.