UN veterans evicted from Portlaoise base 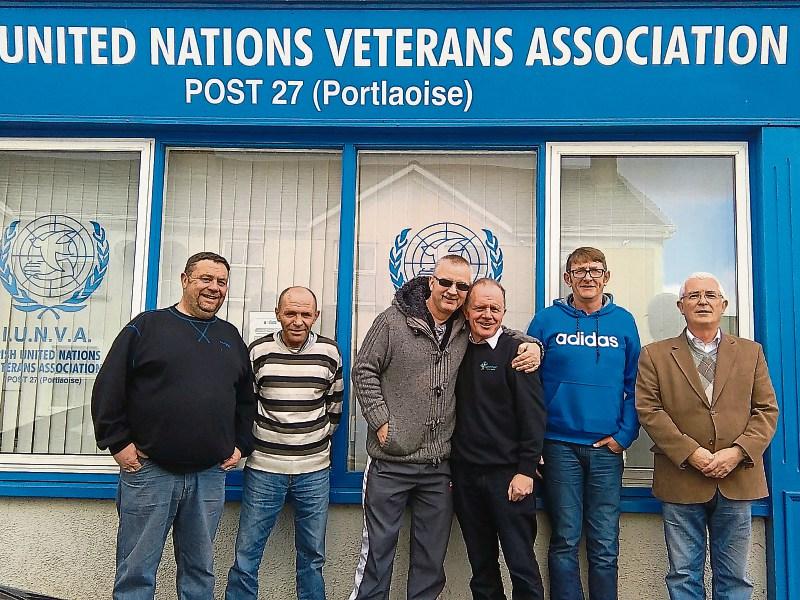 Almost a year since being given notice by Laois County Council to leave their office, the retired UN soldiers of Post 27 finally handed back the keys last Thursday.

The walls of the office on Mill View are now stripped of memorabilia and photos from many UN missions.

Their last 'Food Cloud' delivery of supermarket food close to the sell-by date, to elderly members and needy Portlaoise families, was done proudly the day before.

Along with counselling and help in filling out forms, that service has ended until they find another base.

Post 27 had fundraised thousands of euros to decorate the office, rented at a low cost from Laois County Council.

House Manager Tony Flanagan said he now knows how it feels to be homeless.

“It feels like we are in a trench again being fired at, but we can't get out,” he said.

Council Director Michael Rainey says that they are “actively working with Post 27” to find other accommodation.

“LCC enjoys a very positive relationship with the UN Veterans. The Council was able to make a vacant office space available to Post 27 for a number of years however that space is now needed for our library headquarters,” he said.

“When we got the letter last summer it was a shock,”said Post 27 President Fred O'Reilly, who thanked local cllrs and politicians for their efforts to intercede.

“The council did offer us storage space in Mountmellick, but there was no room for an office,” he said.

They became an integral part of Portlaoise, cleaning the Triogue river, maintaining Fitzmaurice Place, helping members and civilians in need, as well as providing an open door, cup of tea and friendly chat and advice for their 54 members.

“We didn't envisage how bad people's situations were when we opened, I was shocked,” said Mr O'Reilly.

“We don't want to knock the council, unfortunately they need this building, and we can't afford to rent another,” he said.

“I'm devastated, I cried for days when I heard, it's like losing part of my family. It's a shame to see them treated like this,” she said.

The branch will continue to hold monthly meetings in O'Loughlins Hotel, and to attend official ceremonies and UN veterans' funerals.