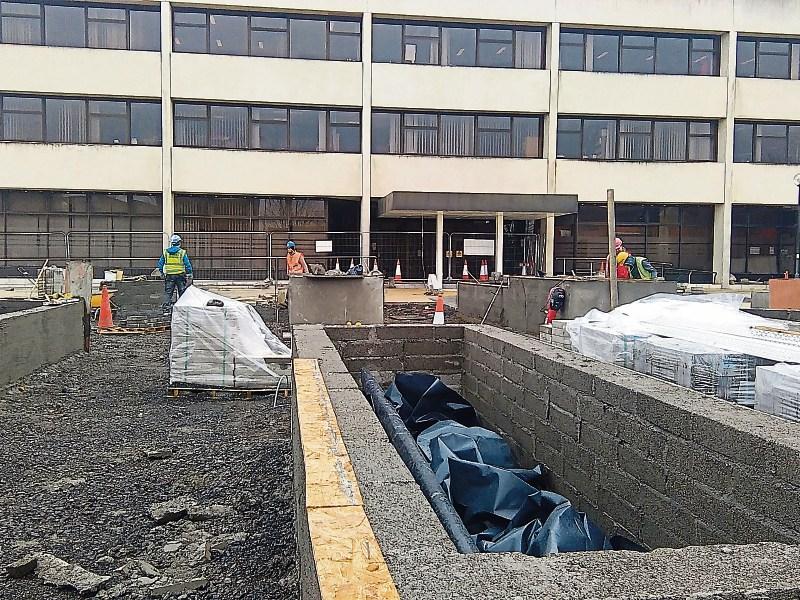 Construction is well underway for Portlaoise’s 1916 memorial garden, which is going in front of Laois County council’s offices.

The formal concrete paved area is to cost a total of €150,818, and is scheduled to be officially opened on May 12.

The contract to excavate the existing driveways and flowerbeds was won by Mountmellick company Dunne Brothers Ltd.

He added that the funding for the garden came partly from the council’s own funds, as well as was from three government bodies, the Department of Arts, Heritage and the Gaeltacht, Irish Public Bodies (IPB) and Department of Environment, Community and Local Government.

Last December when the garden plans were revealed, county councillors were concerned to see that it meant the removal of parking spaces at the front of county hall, but were told other spaces were to be added elsewhere.

County Hall has allocated over €50,000 in community grants to other 1916 projects and events all around Laois.