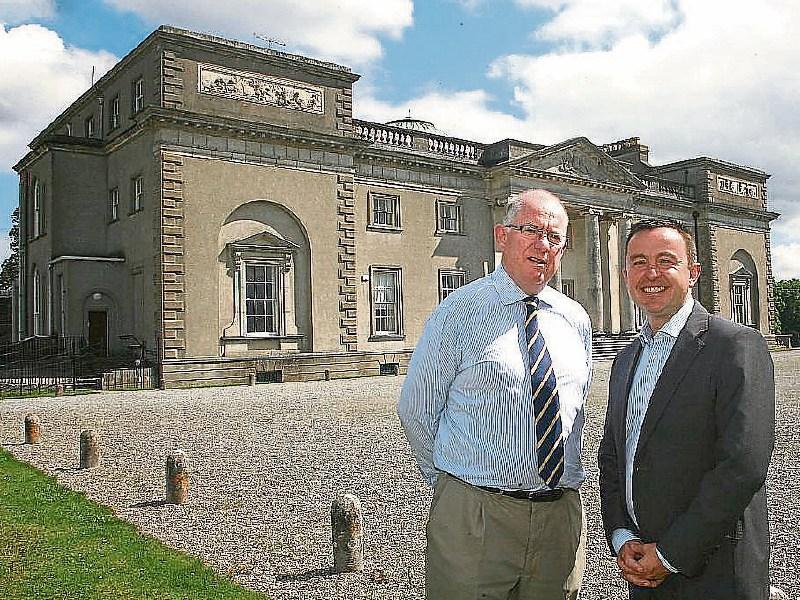 One of Laois' finest public amenities has been closed to the public in the evenings, as early as 4.30pm in winter, due to OPW staff cuts.

The gates of Emo Court and Park last week began shutting at 7pm, with a security guard on duty to deter any trespassing walkers.

It will open until 8.30pm from May to August, back to 7pm in September, 5pm in October, and 4.30pm until March 1, affecting the opening hours of the onsite restaurant, Catoca.

The decision is not due to crime, but a reduction in staff at the heritage site, the Office of Public Works confirmed to the Leinster Express.

“Emo Court is of national significance, attracting 300,000 visitors annually. Recently staff numbers have been reduced, this combined with Health and Safety requirements has necessitated a restructuring of our security arrangements. There has been no recent incidents of crime or vandalism at Emo. The system of monitored security means that manned CCTV cameras survey the site remotely and are backed up by local security patrols,” an OPW spokesperson said.

Minister for Foreign Affairs Charlie Flanagan who has welcomed previous investment in Emo, has contacted Minister for Public Works, Simon Harris over the change to opening hours.

“I have been in contact with the OPW and Minister Harris to ensure that the best possible use of this fine estate is maintained. The James Gandon designed house is a fantastic amenity and a real gem in our county,” he said.

Portarlington Cllr Aidan Mullins is concerned the cutbacks are related to the loss of OPW staff at Heywood Garddens recently.

“This is one of the most popular spots for people to walk. Shortening the hours is a retrograde step, they should be encouraging people to go, not closing earlier,” he said.

Irish Wildlife Trust Laois Offaly has confirmed that an exception will be made for their Bat Walk in Emo Court, at 9.15pm on May 15.

Emo Court and Park was gifted to the Irish people by Major Cholmeley-Harrison in 1994, who remained there until his death in 2008.