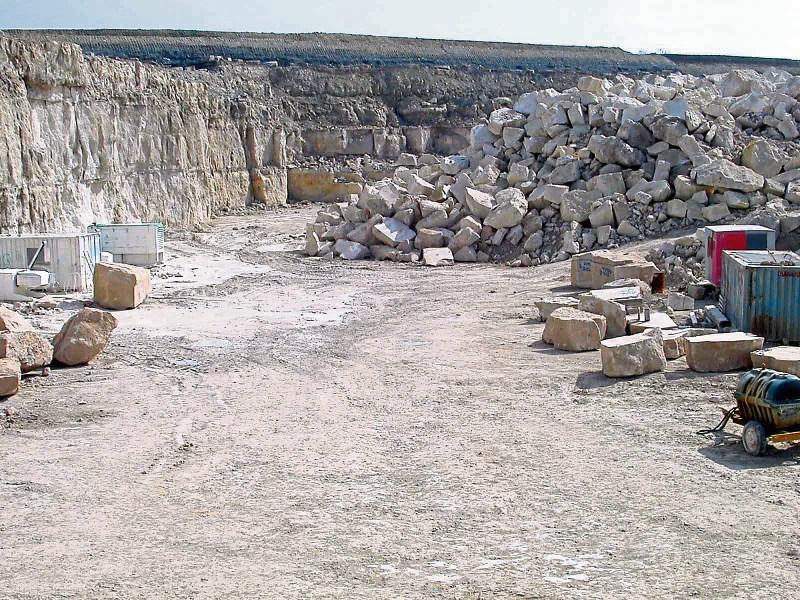 A proposed new quarry in the Durrow area has been refused permission by Laois County Council, as it would be in conflict with the county’s development plan due to the dangers of water contamination.

A number of State bodies expressed concerns over a planning application made to the council from J & N Quarries Ltd (with company directors Joseph and Alison O’Grady, Templeogue, Dublin 16), requesting permission to extract sand and gravel from a site at Fermoyle, Durrow.

There were also objections from local residents, who feared the local water supply would be contaminated by the development.

As part of the application, a hydrogeological report was submitted by J&N Quarries in April 2015, and the council sought further information from the company in May 2015, regarding soils, bedrock geology and hydrogeology.

The company provided this information in February of this year, after carrying out work which revealed that water levels under the site are affected by pumping from the Fermoyle water supply boreholes.

There was also an outcrop of calcrete (hard gravel cemented by naturally occurring calcite) on the surface of the old quarry excavation, however the council felt J&N Quarries “carefully deflected from this question” by saying there was no calcrete, or they havd not recognised the evidence of the calcrete.

An Irish Water report on April 2 recommended refusal as the proposed development would impact on the quality of the water source supplying the Durrow 2 PWS and Ballinakill 2 PWS.

Based on the findings of Mr David Bell, consultant hydrogeologist, and the Irish Water report, it was considered that the applicants had not demonstrated that the proposed quarry is sufficiently isolated from the groundwater flow system that feeds the water supply boreholes at Fermoyle.

Laois County Council therefore said it was “not satisfied… that adverse impacts on the quality of the water source supplying the Durrow and Ballinakill public water supplies will not result” and ruled that the development “would be prejudicial to public health and the sustainability of the public water supply”.

Hence, the development would be in conflict with the provisions of the Laois County Development Plan 2011-17.

Objections were previously raised to the proposed quarry by a number of residents in the area.

Mr Shane Lawlor, Fermoyle, Attanagh, who lives on the opposite side of road to the development entrance, said that “the road in its current format does not lend itself to safe pedestrian use” and he asked the council to undertake a new traffic count to factor in the increased amount of traffic expected.

As his private domestic water well is located 8m from the centre of the road, he also asked if the council confirmed there would be no deterioration in the quality of drinking water.

Mr Patrick and Ms Siobhan Dwyer, Water Castle, Durrow, also objected, claiming that the quarry would affect them and their children’s outdoor activities, as well as devalue their house. They also feared that the disturbance of land would cause a land-bank to collapse onto their property, plus the risk of flooding.

The Dwyers, as well as Mr Tom McEvoy, Grallow Lodge, Ballymullen, Abbeyleix, also highlighted the potential risk to local wildlife from the quarry.

Among the various species prevalent in the area are the pine martin, pygmy shrew, red kite, buzzards, goats, and white tailed eagle, as well as freshwater mussels in the River Nore which is 400m - 500m from the proposed site.

Mr McEvoy also claimed that “unauthorised development has taken place” at this site and called on the council to carry out a Strategic Environmental Assessment.

In separate submissions, the Department of Arts, Heritage and the Gaeltacht said there was a possibility that the development might have to be substantially altered to avoid archaeological remains. It recommended that a geophysical survey be carried out.

The HSE said that there did not appear to have been public consultation on the development, and no consideration was given to the location, quality and effect of the development on private wells in the locality.

The HSE alsorecommended that noise measurements be taken.

Meanwhile, An Taisce said that the proposed development should be assessed having regard to existing permitted quarries in the area.

In their application, J & N Quarries Ltd claimed that there would be no discharges to groundwater as a result of the development, and a process of rolling restoration would be carried out on the site.