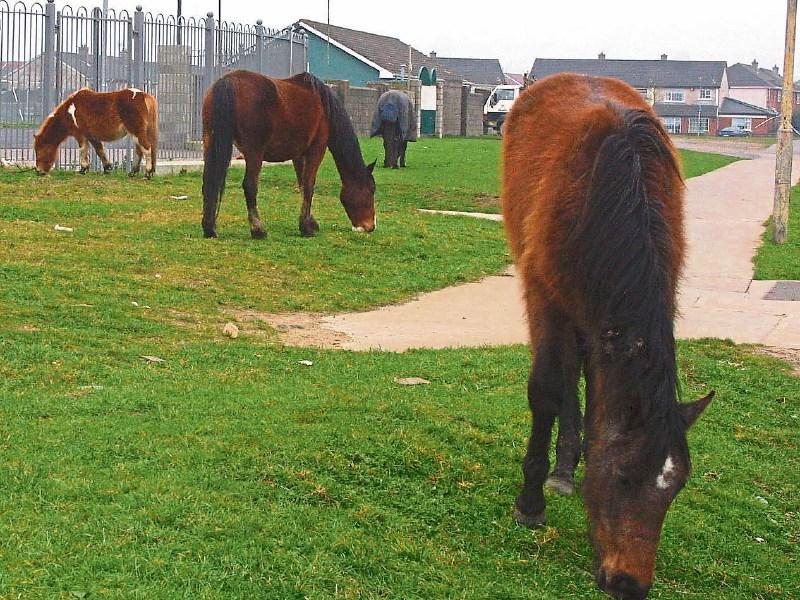 County hall spent nearly an average of €1,000 per horse, putting down stray and abandoned horses last year, according to figures published last week.

Apart from the €100,167.93 spent last year on 111 impounded horses - 105 were euthanised- it also surprised councillors that responsibility for rounding up and disposing of unclaimed animals rests with Laois County Council’s Housing Department.

The information emerged at the Portarlington - Graiguecullen Municipal District meeting in response to a motion from Cllr Aidan Mullins who, like others, was shocked and angry over the issue.

“The figures speak for themselves. It is a great concern and causing a lot of resentment and friction in communities. The €100,000 that is being spent putting down horses could be spent elsewhere, and better use made of it. Apart from the waste of scarce resources, there is a serious animal welfare issue here,” he said.

He claimed it was cheaper to replace a horse than pay a fee to the pound. He believed none of the horses were microchipped.

The Sinn Féin councillor claimed it was a big problem in housing estates.

“I've spoken with people who said they look out their kitchen window in the morning and there is a horse looking back in at them,” he said.

He said residents are being intimidated by horseowners in Graiguecullen, while 20 horses were left in a flooded field all winter. A foal was found drowned in the same field.

He claimed horses were bought as gifts for children but are often driven in sulky races to the point of exhaustion, with horses left on the road to die.

He called for a ban on sulky racing as has happened in Kilkenny and been recommended to Laois County Council by the Laois Society for the Prevention of Cruelty to Animals.

He called for new measures to restrict ownership.

He said it made no sense for the council's housing department to be involved.

“I think they are under enough pressure at the moment looking after homeless people, without having homeless horses as well,” he said.

He added that animal cruelty was not the culture of any people.

Cllr Paschal McEvoy said the cost fell back on the taxpayer and he called for some form of warden to be appointed to save money and animals. “It's a sad state of affairs to say we have to put down 105 horses and pay €100,000,” he said.

Cllr Padraig Fleming regretted that many of the horses were in poor condition.

Cllr Tom Mulhall said there was a definite cruelty to animal issue in many cases where horses have to be impounded by the council.

He said it is clear to most people that horses are often well looked after by some owners.

“They like good hay and grass but I don't know how well they like clay because there are some fields that horses are out on and there is no sign of any grass in the winter,” he said.

He said horses straying on the roads is an ongoing issue. He said there was a near miss last year on All-Ireland Sunday near the motorway when 14 horses strayed.

“Wandering animals are very serious both to the animals and the motorists,” said the councillor.