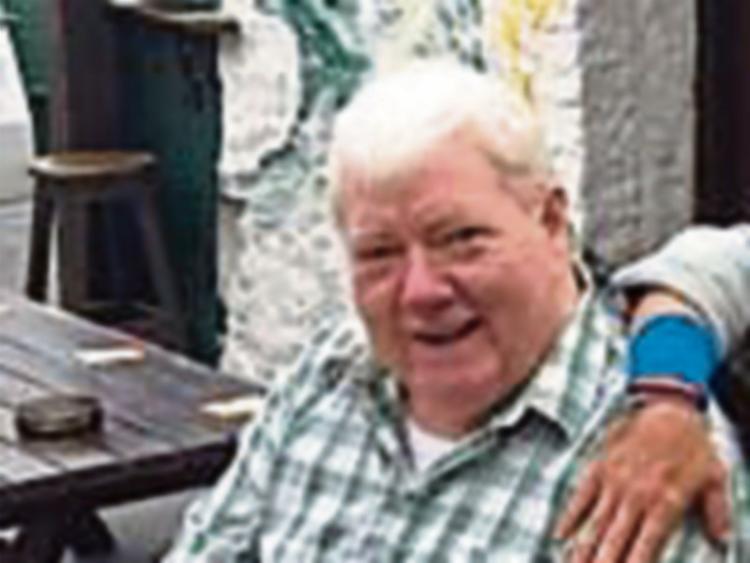 There is widespread sadness in Portlaoise at the passing last week of one of the towns best know publicans and supporter of the local GAA club.

One of the best known personalities in the town, he was involved in various local projects such as the Tidy Towns and the St Patrick’s Day Parade for many years. He was a great GAA man and was deeply involved with the social side of the Portlaoise GAA club and fund raising for the county teams.

Jimmy had a wealth of knowledge of GAA history and of life in times past in his native town and he was always willing to share his vast knowledge with others.

A gentle and good humoured man, his passing was received with deep and sincere regret by all his many friends. A Guard of Honour was provided by Portlaoise GAA club on his removal to Ss. Peter’s and Paul’s Church and after Requiem Mass there, interment took place in Portlaoise Cemetery afterwards.

Jimmy is mourned by his loving wife, Anne, his daughters Aine, Maureen, Eilish and Roisin, his grandchildren Finn, Heidi, Evan and Lennon, his brothers, Tim and Tommy, his sisters, Mary, Ann, Julia and Kathleen, brothers-in-law, sisters-in-law, sons-in-law and a wide circle of relatives and friends.