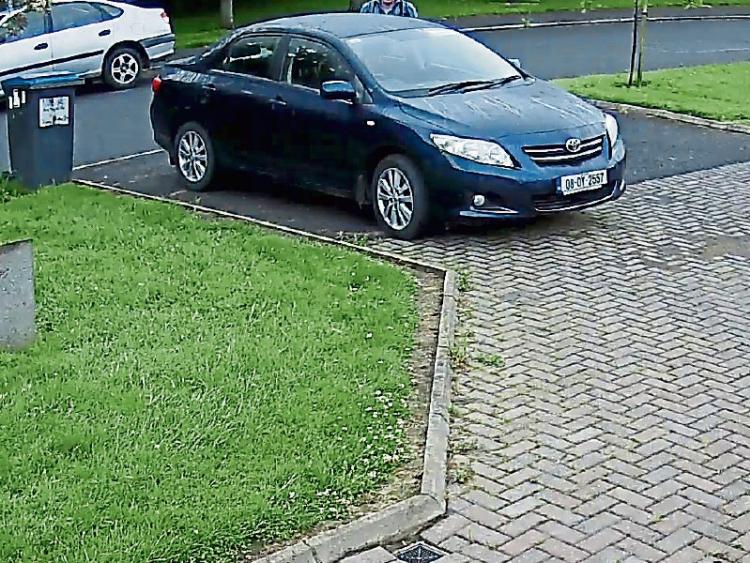 The victims of a brazen theft in Portlaoise hope clear recorded video footage of the incident will help gardaí apprehend the individual responsible.

At around 6.30am last Wednesday morning the Maciuliene family were woken by some loud noise outside their home in the Glendowns estate.

When they looked out their window they saw an individual driving away from their house and they suspected something was amiss.

They immediately checked outside their home and found that one of the rear left wheels on one of their cars had been removed, and the car had fallen onto the ground, damaging the hub.

The family praised gardaí for their prompt response but the suspect had made his getaway. The family later checked their CCTV recording and were shocked.

A man stopped outside their house in a silver coloured Toyota Avensis. Wearing no mask or disguise of any nature, he got out o f the car and went casually to his boot and took out a jack and wrench. He walked to their driveway and began doing something to the rear passenger side. At one stage he could be seen almost staring directly into one of the CCTV cameras.

The individual could then be seen carrying a wheel over to his own car and putting it into the boot.

He could then be seen casually getting back into his own car and driving away.

The CCTV recording also appears to show that one of the tyres on his own car was punctured, while another was a spare wheel tyre.

The family were astonished at how casually the wheel was removed, but also becuase the man was not disguised and showed no concern at the presence of CCTV cameras on the house, or CCTV warning signs.

However, the family posted the video on social media because they were determined to catch the individual, and also highlight what people are capable of when it comes to theft.

The damage done to the Maciuliene family car runs to €600. Portlaoise gardaí are investigating.