Sport Portlaoise boxer Michael qualifies for the 2016 Olympics in Rio 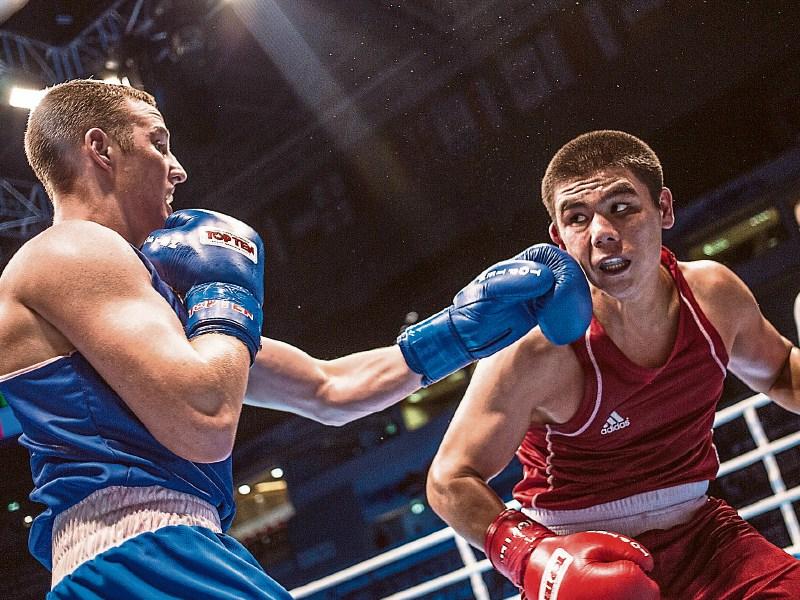 A dream became a reality in far flung Azerbaijan when a referee raised the arm aloft of a young Laois athlete and, in doing so, confirmed his place on the Irish team in the 2016 Olympics.

The Laois middleweight has booked his ticket to Rio de Janiero with a dazzling display in Baku where he also won gold in the Olympic world qualifying championships.

Having arrived back in Laois on Sunday, Michael will spend a week “relaxing” with his wife Chantelle and their two children, his father Michael and mother Theresa and extended family.

Then it will be full preparation for Rio. He leaves for Brazil in July.

Qualifying involved a rollercoaster journey for the young man whose determination to realise his dream was tested last year. He won a bronze at the world boxing championship but was controversially defeated in a bout to decide Olympic qualification.

As to the next chapter, Michael remains confident that he can deliver for Ireland, Laois and Portlaoise at the Olympics.

“I’ve been lucky enough to have fought or sparred with almost every opponent I’m likely to meet in Rio and this will stand to me,” he said.

“I would like to thank my wife and family, the Irish Athletic Boxing Association and coaches Zaur and Eddie, my club and club coach Pat Ryan for their belief in me,” said Michael who is now World No. 2 ranked middleweight.

The qualification is also a huge achievment for all at Portlaoise Boxing Club and in particular Michael's club coach and current President of the Irish Amateur Boxing Association, Pat Ryan.

“We were established in 1930 and we have now won every medal and accolade in the sport of boxing. We have one last medal to get and we are on the journey towards it – the Olympic medal,” he said.

Pat said Michael's achievement was a testament to the boxer but also to all at Portlaoise boxing club over many years and the “remarkable” support given to the club in the town and community over many years. He welcomed all support that could be given to Michael on his medal mission to Rio.

Pat said the journey to Rio has had its ups and downs.

“We've had the good days, the terrible days, the great days and hopefully there are better days to come,” he said.

Michael O'Reilly is understood to be the third Laois Olympian behind Ann Keenan Buckley and Frank Moore.